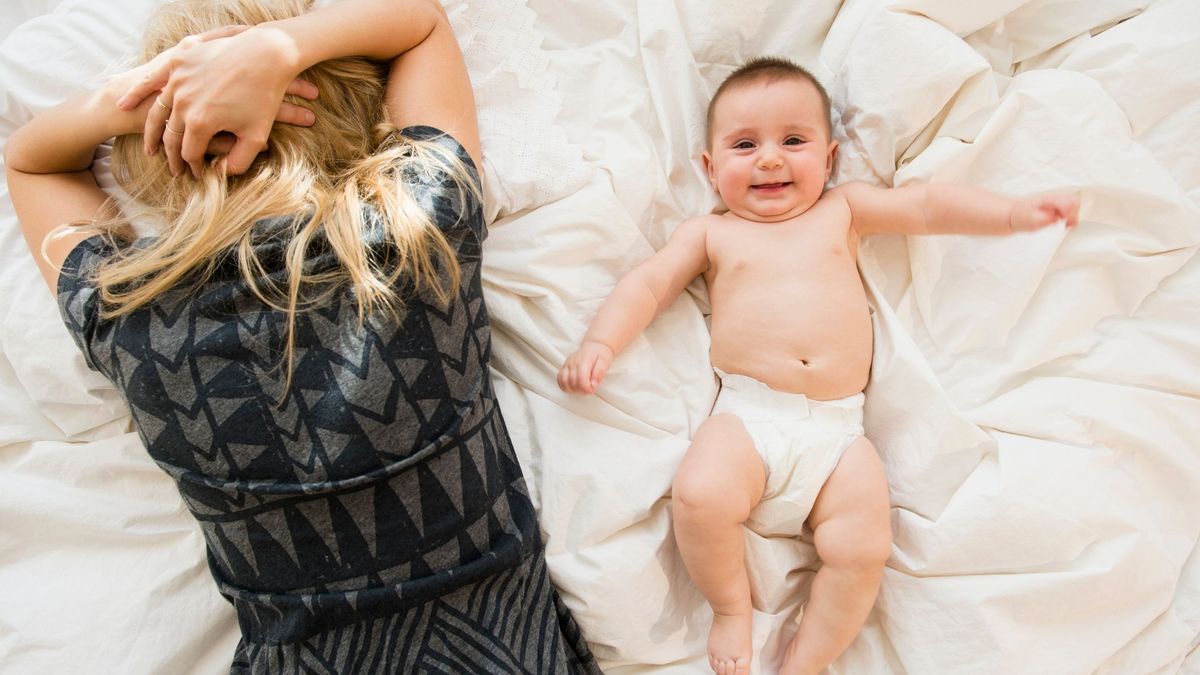 Regretting being a mother is a hard thing to say. Astrid Hurault de Ligny breaks this taboo through her testimonial book “Maternal regret”. What is this regret due to? How does it manifest? Explanations.

Becoming a mother is often the realization of a dream. But reality can catch up with young mothers who sometimes feel alone and helpless in front of their baby’s cries, tired by fragmented nights, stressed by feeding problems, etc. The parental role is not easy to assume and some even end up regretting it. A taboo subject as it is important to look good in society. Astrid Hurault de Ligny, a thirty-year-old French expatriate in Quebec, dares to speak out in her book “Le regret mère” published by Larousse editions. Astrid became the mother of a little boy in 2018, following a desired pregnancy and an ideally past childbirth. It was after that things got complicated.

Fatigue and stress punctuate the first weeks. At 3 months, despite good milk production, her son is losing weight and Astrid feels guilty. He was finally hospitalized for five days. Medical examinations reveal a probable intolerance to cow’s milk protein. This stay in the hospital psychologically weakens the young mother. “My husband joined us but I felt terribly alone. I was at the bedside of our child H24, I got up very regularly at night to give him powdered milk. There was the stressful weighing in the morning… Everything doesn’t come naturally when you’re a mother and this intolerance to cow’s milk protein was a milestone to overcome, ”recalls Astrid. The small family lives in Montreal, Quebec, thousands of kilometers from their loved ones, and this lack is also felt. The young mother discovers behind the scenes, the anxieties linked to parenthood and ends up having postpartum depression.

This motherhood changes Astrid’s life in a more profound way than she would have imagined. Although she knew breastfeeding and the first few months with a baby were tiring, she had no idea what impact this new role would have on her. “I was not ready for such a change. Society and the media more often project images of smiling children and parents. When I saw a child rolling on the ground, I thought it was a matter of education because I heard my parents say that when they saw children “behaving badly” in public. I thought I wouldn’t have these difficulties, ”recognizes Astrid Hurault de Ligny.

She herself received a strict upbringing and had a complicated relationship with her parents. Her motherhood stirs up memories. “I felt a duality between the mother that I wanted to be and that I didn’t have,” she adds. To prevent her son from feeling the lack of emotional connection that she herself experienced, she puts him first and forgets herself. Astrid has the impression of no longer being the same, of being a slave to her role, of collapsing under the weight of the mental burden, of running all the time, of no longer living and enjoying her life… She has created a Instagram account on the theme of maternal regret and what comes up most often in the testimonies she receives is the mental burden felt by mothers. According to the experience of Véronique Borgel-Larchevêque, clinical psychologist specializing in perinatality who intervenes in the book “Maternal regret”, there is no particular psychological profile in women who regret their maternity. “But it often affects women who find themselves a little alone in this role, not necessarily single mothers who expected to have to face these difficulties but women whose husband takes little care of the child or who do not ‘have no family by their side,’ explains the specialist.

When her son was around 1 year old, the young woman heard about the book “The regret of being a mother” by the Israeli sociologist Orna Donath. At that time, she was on anti-depressants and was curious without thinking that she herself had this regret. Astrid loves her child more than anything and must take care of him, otherwise she will feel guilty. Almost all of her time is dedicated to her son, but she regrets the hardship of the role of mother: the routine of tasks, the child’s refusals, her anger that draws on her lack of energy, the lack of time for herself… “Maternal regret is not a disease, it is a feeling. Women can be fine, take care of their child, go to work. But it is their words that are strong. And it’s the gaze of society that makes them unwell, that encourages them to hide what they feel for fear of judgment. These women cannot know before having a child that they are going to have a hard time living the role of mother”, comments Véronique Borgel-Larchevêque.

Astrid loses her job during the first confinement, which accentuates her discomfort; she does not want this life of a stay-at-home mother. The day she ends up talking about her regret at being a mother, her husband is taken aback. For her, having another child is out of the question. “It’s a sensitive subject that we discussed once in therapy. We hadn’t envisioned family life like that. We wanted several children but I know what I risk giving in. I don’t want to tempt fate: I choose myself over a hypothetical other child. I want to focus on my son and my couple. Having another child, for me, would be suicidal,” admits Astrid.

Maternal regret: What link with the child?

In maternal regret, the love for the child is not questioned. Women regret what their role entails, not the existence of their child. A nuance that sometimes escapes outsiders and blocks speech. Astrid likes spending time with her son, playing with him, but not having to take care of housekeeping, think about everything… “I went through parental burnout by setting the bar very high, I had put distances with my son that I no longer put. I am no longer mentally tired, ”says Astrid. Parental burnout differs from maternal regret on several points. “Parental burnout is characterized by physical and psychological exhaustion related to the role of parent. The person puts emotional distances with his child. She acts like a robot, emotionless and unfulfilled. With maternal regret, we can sometimes find one of these points but not all three at the same time, ”underlines the psychologist.

In this context, the mother-child bond can sometimes be undermined, especially if the mother moves away from her child to protect him, to say that it is she who has a concern, not him. The partner may also push the child away when seeing this problem and the child may think that he cannot rely on his mother. For the bond to be established well, the mother must be able to accept her regret and not feel guilty. “I don’t think that attachment ties can suffer from maternal regret if this regret is conscious, the mother can talk about it freely and she manages to take good care of her child. On the other hand, if she is isolated because she cannot express what she feels, in addition to regret, there is a risk of having depression with bonds of attachment that are more difficult to put in place,” adds Véronique Borgel- The archbishop. The words chosen to speak to the child must also be well chosen so that he is not affected.

If Astrid suffered her maternal regret two years ago, now she is learning to live with it. “That doesn’t stop me from being a good mother,” she slips. To evolve and feel better in her new life as a mother, she was able to count on solo and couple therapy. The exchanges with other mothers via her Instagram account help her to feel less alone. She was also able to discuss it with her family and friends. The writing of the book, encouraged by her husband, was also beneficial. “You have to reduce this load by relying on your partner or outsiders, reviewing your schedule. Sometimes picking up your child an hour later from the nursery allows you to spend a better time with him, to favor quality over quantity. In our society, if the expectations for mothers were at the same level as those for fathers, then perhaps there would be no maternal regret,” concludes the psychologist. “There is a difference between loving your child and what it means to be a mother. If I had to do it again, with what I know of this role today, I wouldn’t have children, but I love my son. Without him and motherhood, I would never have grown so much and I will not be what I am today, ”says Astrid. Finally, it should be noted that maternal regret can also pass over time.