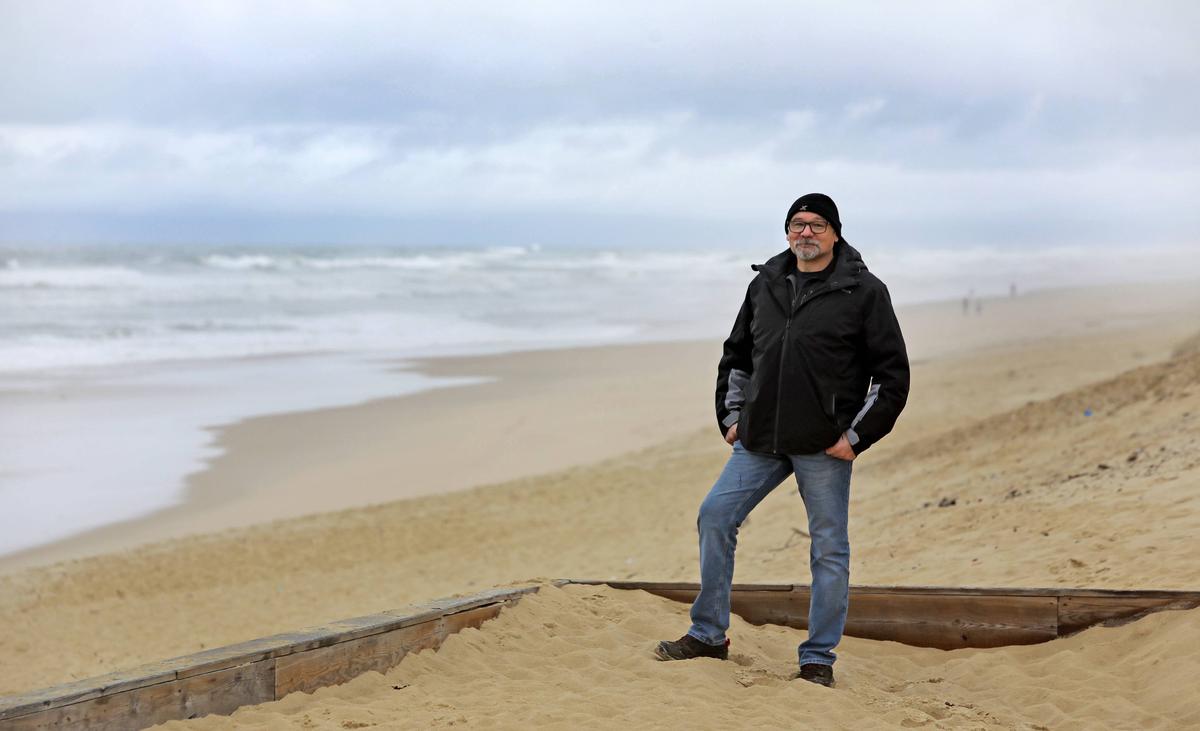 Dispatched to the scene urgently, this solid 55-year-old from Landes did everything possible with the rescuers to put the calf, still alive, back in the water. A race against time to avoid suffocating the marine mammal. “He was going to choke on his own weight, he had to dig under his pectoral fins. An imposing task to be carried out gently. “He was 100 meters from the water, one of the firefighters had put him on a fishing net, we had to change the support to avoid hurting him. »

“Extremely thin”, “not very toned”, the young whale went back to sea – after a few maneuvers – not without worrying his rescuers. “Pessimistic? I still am,” says Philippe Diraison.

Three days later, when the death of two marine mammals stranded near Biscarrosse was reported, “I was hoping it wasn’t the calf”. Two common dolphins, a loss, certainly, but more customary. According to Pelagis, the peaks of strandings of this species in the Atlantic are “a striking example” of the trends observed over the past twenty years.

1,299 individuals stranded in 2020, twice as many as in 2002 (634). Death is not automatic but… “The main part of my activity as a correspondent is the identification of marine mammals that have already died”, explains the man who is also a rural warden in Saint-Julien-en-Born and holder of a a BTS in forestry production.

The man and the sea

The volunteer naturalist has been living in the Landes for thirty years. He “discovered his wife and rugby” there, and also maintains his love for the ocean and its creatures. Formerly, Jacques-Yves Cousteau made him dream. Today, it is the Pelagis teams who “communicate” their passion to him.

A pioneer in participatory science, the La Rochelle observatory has 461 volunteers in its National Stranding Network. Like Philippe Diraison, 19 correspondents provide voluntary coverage of the Landes coastline. All are trained and can carry out examinations, samples and transport of stranded specimens, mainly cetaceans and pinnipeds (seals).

In office since 2012, the volunteer from Julien no longer counts his interventions. Especially since he also officiates for the Center for Studies and Care for Sea Turtles. Memories pile up, some happier than others. “Last June, I was invited to the release of Légende, a loggerhead turtle stranded twice in six months, the latest in Mimizan. To see her leave, it was nice, ”admits Philippe Diraison modestly.

Rarer, the volunteer also remembers an intervention on a pygmy sperm whale which showed signs of decompression accident. “He had air bubbles in his blood, his lungs; evidence that he must have suddenly come to the surface. Surprising, when you know that this animal is a formidable diver who can go down to more than 900 meters deep. In fact, it is common for military sonar to disturb and frighten marine mammals. »

The impact of man is not new, but it is increasing. “The Atlantic coast and the Landes concentrate, by their length, a lot of strandings in recent years. Often due to fishing. To limit accidental catches, the use of acoustic repellents on board certain trawls has been tested, without unanimous conclusions. The research is progressing, it begins on the beach thanks to the passion of the volunteers.

They could crack anyone with their eyes full of tenderness. “But when you have to capture them, it’s very sporting,” says Philippe Diraison, who remembers a tough rescue last year. There are more and more baby seals on our beaches. “Very young, they are left to their own devices. Sometimes they come to rest on the sand, to sunbathe. »
And their presence is to be considered with distance. Vulnerable to dog bites, sensitive to stress, small pinnipeds must be taken care of by a specialist and not without precaution. “Their bite is fearsome and full of bacteria. In the event of a chance encounter, all you have to do is contact the RNE on 05 46 44 99 10. Recently, “pinniped” interventions have been carried out in conjunction with the Biarritz aquarium.