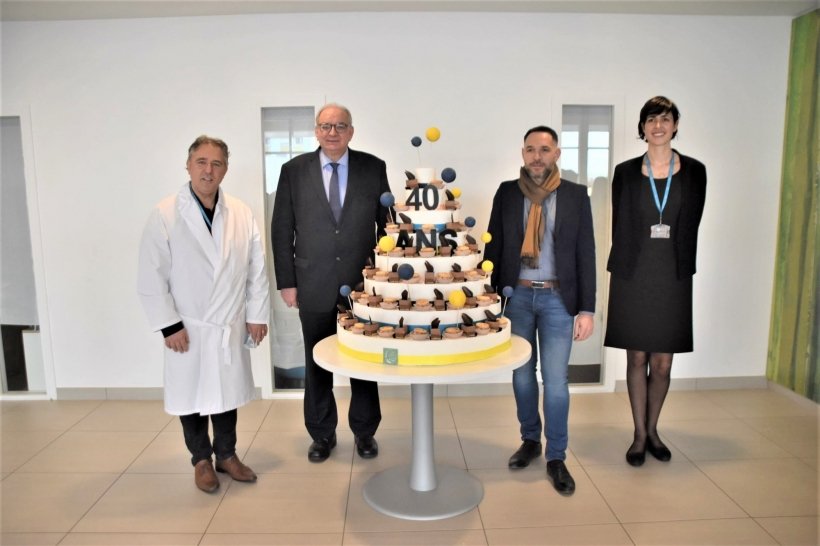 Memories jostled, Thursday, November 24, in the hall of the North West Hospital (HNO) in Gleizé. Because it was on this same date, in 1982, that the transfer of hospital services took place from that of the Hôtel-Dieu, in the city center of Villefranche, to the buildings that everyone knows.

Bernard Perrut, current chairman of the supervisory board and who was then 25 years old, did not fail to remember it. From military trucks to ambulances, to newborn babies protected by checkered woolen blankets: the scene has been set. An archival video broadcast in this same hall has also made it possible to materialize it.

Today, it covers 85,000 m² and has 671 beds. On the workforce side, it is also a leap forward. The 650 professionals including 50 doctors at the time have become 2,156, among which 307 medical professionals. Enough to ensure the care of a population basin of today 320,000 inhabitants, ranging from Beaujeu to Tarare, via Thizy-les-Bourgs and Trévoux.

An expanded range of specialties

Who says greater numbers, also says, for the HNOs, a strengthening of the specialties practiced. Today, there are more than 50, including sub-specialties that can be discovered through the website.

“We cover almost all medical specialties with the exception of thoracic surgery and neurosurgery.explains doctor max Haine, president of the establishment’s medical commission. You have more and more skills and technicality. We are still campaigning to keep general specialties, but we want to allow people in the territory who need recourse to have them who are closer.

The expansion of this offer is notably permitted by the GHT. Since July 1, 2016, several establishments in the north of the department have come under the same banner. Among others, Belleville, Beaujeu, Tarare, Trévoux or Villards-les-Dombes. Twelve Ehpads are also integrated into the HNOs.

A GHT preceded by the Territorial Hospital Community (CHT). A structure “created in a somewhat secret alliance with the mayor of Tarare”, recalls Bernard Perrut. At the time, the rapprochement and the contribution of funds from the HNO for the establishment of Tarare had made it possible to prevent the latter from disappearing.

A choice that allowed the establishment, regularly threatened to be absorbed by larger entities, to remain. “I asked ministers to come and see a successful example of a hospital that knew how to take its place on the territory and which was not eaten away by Lyon”, recalls Bernard Perrut. During his 25 years of deputation, the current regional councilor notably saw two Ministers of Health come to the HNO: Xavier Bertrand in 2012 and Olivier Véran in 2021.

In addition to this day of celebrations, Thursday, shared with the teams of the establishment around a cake, two other highlights should punctuate this anniversary. During the wishes of the hospital, already, in January, where a more refined quantified assessment will be established on the evolution of the HNO during these 40 years.

Then possibly during European Heritage Days, in September 2023. The establishment should open its doors to residents to come and visit both the establishment and discover the health services.

By going back to the archives of the Patriote Beaujolais, if he is not named, we find his trace: “the admission of a parturient who needed a caesarean section. Isn’t the birth of a baby a wonderful symbol for such a day? The mother is none other than a nurse”. This baby is David Flandin, 40 years old on November 24, 2022. The man had been invited by the establishment to celebrate this anniversary. And he hasn’t denied La Calade since he was born since he still lives there, even working at Gardette Industrie. “I arrived on generatorhe says. They were in the process of moving. I was born at 4:30 p.m. in the neonatology service and the mayor at the time (Editor’s note: André Poutissou) had come for the occasion.” To believe that fate has chosen to link him to the HNO throughout his life: in addition to being the son of a former nurse and teacher at the establishment’s nursing training institute (Ifsi), his partner, Mélissa Lanzone, whom he met two years ago, is herself a technical pediatric nurse… in the neonatology department. And if David Flandin did not have his children with her, they were obviously born in the HNO.