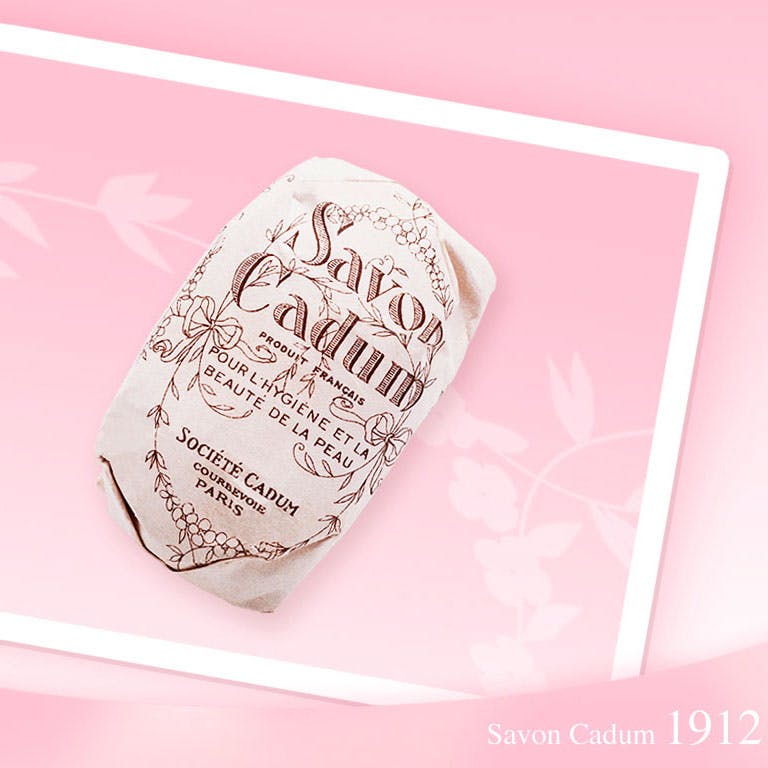 After its invention, Cadum soap was sold in all pharmacies, perfumeries, grocery stores… A vast advertising campaign propelled it to first place on the podium at the end of the First World War. Intended for adults until 2006, the brand rebounded by targeting babies. Back on a beautiful story that has been able to adapt over time.

At the origin of (baby) Cadum, the repairing balm

A baby with an angelic face, rosy chubby cheeks, a wide smile and hair full of ringlets. That’s it, Cadum! A chance meeting is at the origin of this beautiful story. On one side there is Mickael Winburn, a wealthy New York advertising and industrialist. The other, Louis Nathan, a Parisian pharmacist. The first, passing through the capital at the Hotel Scribe, goes to the second for stubborn eczema. The ingenious pharmacist gives him a balm of his own making, based on cade oil. A plant from the South called juniper. And miracle, Mickaël heals immediately! No way to miss such a bargain. The American immediately decided to join forces with Louis Nathan to market this magic potion. They set up their workshop in a pavilion in Courbevoie and quickly put three products on the market: the famous repairing balm, a toothpaste and a moisturizing ointment. Pharmacy sales are at the top! And it is thus, that in 1907 the Cadum brand is born… Mickaël and Louis are thinking. They want to revolutionize the hygiene of the French. At the beginning of the 20th century, soap was a luxury product reserved for an elite. The objective: to sell a quality bar of soap accessible to all. The dream becomes reality: Cadum pink soap, with its intoxicating sweet almond scent, appears in 1912. Pharmacies, perfumeries, drugstores, grocery stores… it is everywhere, it is a huge success.

An advertising campaign largely inspired by the United States

Huge posters, painted by the eminent Arsène-Marie Lefeuvre, are plastered on all the walls of France. We see a beautiful baby very happy next to his bathtub. He is installed on a towel with Cadum soap at his feet. This image will remain the strong symbol of the brand, yet Cadum products have always been intended for adults, until recently (2006). Indeed the baby is an emblem of softness, cleanliness and health at a time when the infant mortality rate is high. At the same time, fashionable actresses such as Mistinguett and Huguette Duflos praised the merits of the product in the press. At the end of the First World War, it was THE number 1 soap. To establish its notoriety, in 1925 the brand organized a competition for the most beautiful baby in France. Little faces flock from all over France. It is Maurice Obréjan, a little chubby Parisian, who wins the election. Since then, every year, we elect the baby Cadum.

The thirties or the golden age of Cadum

New products are appearing: talc, cold-cream, shampoo… But the French shun the baby version of the pub. The poster is reviewed and corrected. This time, the child appears in a bathtub with the soap in the foreground. Finally, this image was abandoned at the end of the sixties to remain only on the packaging. The brand merged with the American companies Palmolive in 1952, then Colgate in 1964. Nothing is going well, soap is dethroned by shower gels sold in hypermarkets.
Small victory despite everything: the phrase “Baby Cadum”, still used as a joke in playgrounds, enters the dictionary to designate a pink and round child. We have to wait until 2003 to see the new Cadum effect. Under the impetus of two young entrepreneurs, the brand is back in France. On the program, novelties such as a range for babies’ toiletries, deodorants… paraben-free of course. The whole family is now Cadum. The couple Laure Manaudou, Frédérick Bousquet with their granddaughter, Manon, embody this idea to perfection.