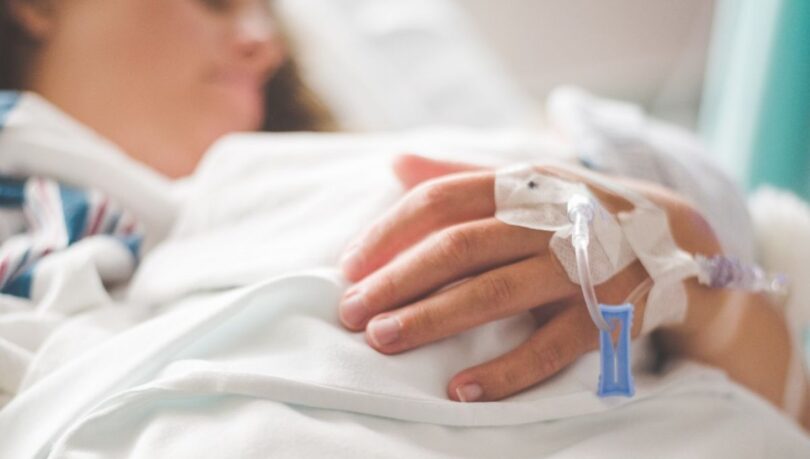 Usually, articles in medical journals focus on scientific facts: they present data that their readers know, who can use them to treat their patients based on scientifically proven facts.

But sometimes these facts are manifestations of grief, even cries of rage. A recent scientific article entitled “Maternal Morbidity and Fetal Consequences in Pregnant Women at Twenty-Two Weeks’ Gestation or Less with Complications in Two Texas Hospitals After the Passage of the Abortion Act” is an illustration of this. .

A number of complications can threaten a pregnancy, such as rupture of the water bag, premature labor or heavy bleeding. When they occur before twenty-two weeks (i.e. before the age of viability of the fetus outside the uterus), the standard of medical care is to offer voluntary termination of pregnancy (IVG) to the patient. Those who do not make this choice are taking serious health risks, and since the gestation is not very advanced, the probability of delivering a healthy baby is very, very low.

In September 2021, Texas passed two measures (SB.4 and SB.8), which provide penalties for anyone who performs an abortion. These laws came into effect before the Supreme Court decided to overturn Roe v. wade, protecting the right to abortion throughout the country. Overnight, it became impossible in Texas to end a pregnancy unless “immediate danger to the life of the mother”.

The article, published in the American Journal of Obstetrics and Gynecology, describes experiences at two major Texas hospitals during the eight months since the law was implemented. Its authors, who follow patients in these establishments, tell how their teams took care of twenty-eight women who presented themselves with serious complications at less than twenty-two weeks of pregnancy, after the ban on abortion.

Unable to offer them an abortion, these twenty-eight women were managed while waiting. A medical way of saying they’ve been waiting for something awful to happen. This wait lasted nine days, on average.

Stillbirths, intensive care
and removal of the uterus

Here is the result of these nine days of waiting: twenty-seven patients lost the fetus in utero or gave birth to a baby who died shortly after delivery. Of this entire cohort, only one child remained alive. He was still in neonatal intensive care at the time of writing, suffering from a long list of complications due to his extreme prematurity, including cerebral hemorrhage, cerebral edema, bowel damage, chronic lung disease and liver failure. When a baby survives these complications, they often lead to lifelong illnesses.

During those nine days of waiting for an immediate danger to the mother’s life, this is what happened to the women in this cohort: Most of them went into labor or gave birth to a stillborn baby , which means that the medical team was able, legally, to intervene and empty the uterus.

Fifty-seven percent of these pregnant women experienced some form of complication, severe enough in about a third of cases to require admission to intensive care, surgery or further hospitalization. One of these women had to undergo a hysterectomy (a removal of all or part of the uterus), which means that she will never be able to get pregnant again.

The authors of the article estimate, based on their experience before September 2021, that around half of these complications would have been avoided if these patients had been offered the choice of an immediate abortion. But obviously, in Texas, these women no longer had that choice.

Aborting to restore the heart
in pain, but in good health

Not long ago, 2,500 kilometers from these Texas patients, I treated a patient (let’s call her M) in the same situation in my office in New York. M was twenty weeks old, and had already carried three pregnancies to term. Her water broke while shopping at the supermarket. When she came to our maternity ward, we diagnosed her with a premature rupture of the membranes. The pregnancy was therefore no longer protected and was likely to lead to infection or induction of labor within a few days to a few weeks.

As an expert on high-risk pregnancies, I spent over an hour with M and her husband discussing all the possibilities. I called in our neonatal intensive care experts for further advice, offered M monitoring of her pregnancy, and also a termination. I told her she could take the time to think about it. There was no urgency, I explained to him: his life was not in immediate danger, even if that could change quite quickly.

At the end of this advice, M made her decision clear: she had to go home, take care of her three young children. She didn’t think she could take the extremely high risk of trying to continue her pregnancy when the baby was unlikely to survive. She asked us to go into labor as soon as possible.

We did it the same evening. The next morning, she was no longer pregnant. She bled very little and there was no infection. At his request, she returned home a few hours later, with scheduled supervision, just twenty-four hours after the supermarket episode. She was discharged from my hospital with her family. The heart in pain, but in good health.

I will see her again in a few weeks. We will then discuss what happened and what steps to take to ensure that her next pregnancy, if she wants one, goes as well as possible.

This is the care that modern medical practice demands that we provide: patient-centered and evidence-based. Several options are possible, which I am grateful to be able to offer to patients who need them. And it’s also care that my colleagues in Texas, Arizona, North Dakota or the ten other states where abortion has been categorically banned can no longer provide.

Instead, they are forced to force women to wait until it can be proven that their life is in danger before they can offer a solution. None of the aspects of this care seem compatible with the basic medical principle of “do no harm”, the article quoted above showing exactly how harmful this type of practice is. “Although they are limited by sample size, our results give a glimpse of a possible not-so-distant future”write its authors.

The people who suffer most from these limitations on obstetric care in these states are, of course, the patients. The article was written by doctors who no longer have the right to provide the care to which they devoted years of study. They wrote it to leave a record of the suffering and the dangers they witnessed, which they could have helped to avoid if they had had the right to offer certain choices.

It is about the medical publication of data concerning this medical care in danger. It is a document filled with facts, but also with all the anger and grief of being forced to offer substandard medical care to suffering patients. And it won’t be the last.