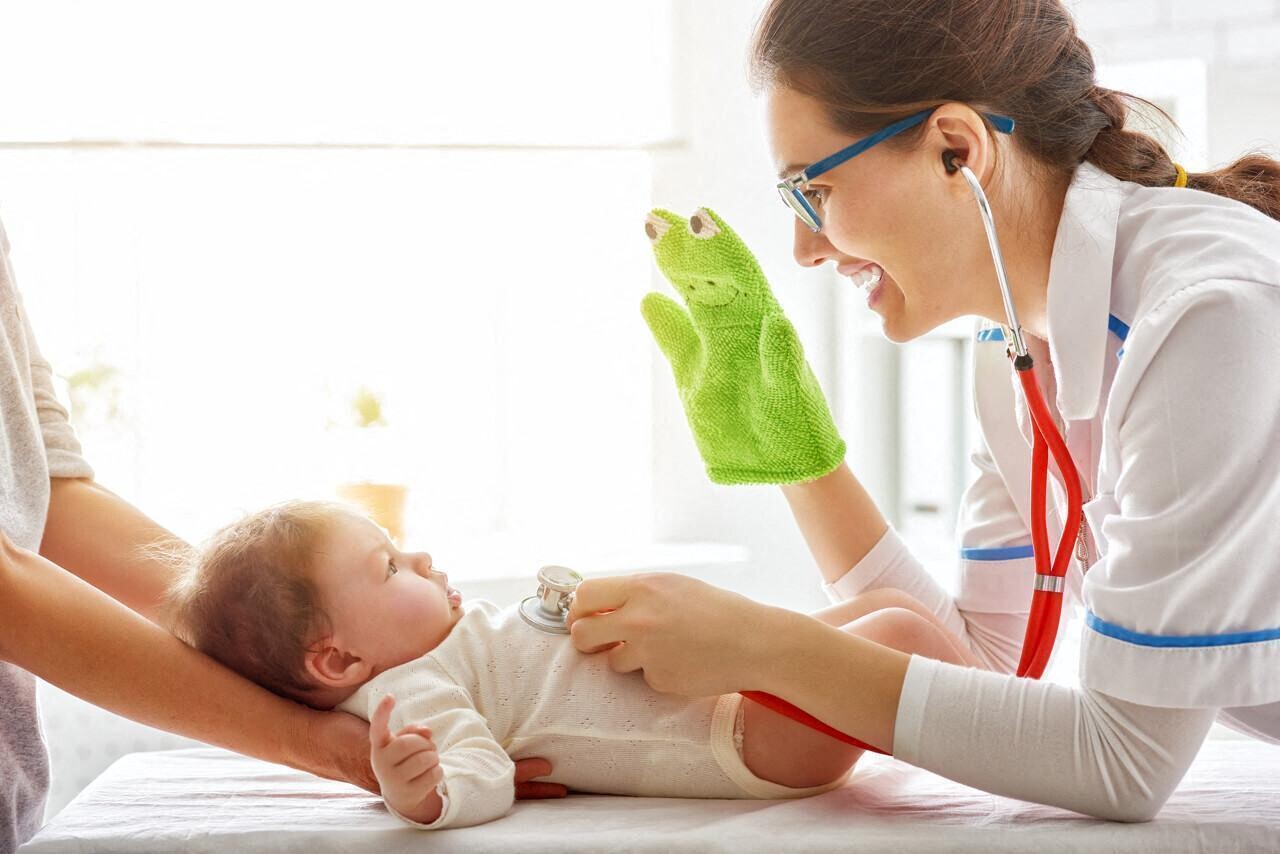 “We have never experienced an epidemic of bronchiolitis like this,” says Jean-Marc Kerleau, president of the hospital’s medical commission. Dieppe (Seine Maritime). “We can compare it to the Covid in adults. “The pediatric service is saturated. It consists of ten beds.

One out of two hospitalized babies needs respiratory assistance. And currently, the emergencies have around fifty passages per day, compared to around twenty in normal times. “We are overflowing with bronchiolitis,” adds Céline Al Mazini, head of the pediatrics department. She is also a pediatric pneumo-allergist.

This virus which affects the respiratory tract like the small bronchi is severe this year. It also showed up earlier, around mid-October. The epidemic strongly affects babies under six weeks old. Children under 2 represent 90% of visits to pediatric emergencies.

Some need high-flow oxygen therapy. That is to say a mode of non-invasive respiratory assistance consisting of bringing humidified, heated and oxygen-enriched air to the little ones, using a nasal cannula.

“The scale of the epidemic is such that it is worth the Covid. »

Indeed, the Dieppe hospital makes one to two transfers of babies per day to the University Hospitals of Rouen, Caen, Amiens or Lille. But there too, the services are saturated. Just like the Samu, the emergency medical aid service, which leads the little ones to other larger hospitals.

The virus this year is also affecting older children, aged 5 to 10. It manifests itself in strong asthma attacks. RSV, respiratory syncytial virus, can also affect adults. We then speak of a kind of nasopharyngitis.

The white plan was triggered at the Dieppe hospital a few weeks ago. The staff has been called back for the needs of the pediatric department. “We spend more time with each child, between the machines and the transfers to manage”, explains the head of service Céline Al Mazini.

“We also do resuscitation care, the guards are doubled and the emergency circuit has been reorganized to be able to accommodate the children and their families as well as possible. “The number of hospitalizations is much higher than usual.

The peak should be reached in December. “We bought more specific resuscitation equipment for toddlers,” continues the pediatrician. Normally, since it is at level 2a in the classification of hospital establishments, the Dieppe hospital is not supposed to provide intensive care. It deals with disorders of medium intensity.

But the intensity of the epidemic requires constant adaptations. “The staff, already exhausted, is not extensible”, notes Jean-Marc Kerleau. And it is difficult to find reinforcements in pediatrics. Agents have been recalled if they have pediatric expertise. “If it lasts, the situation will be very complicated to manage,” he adds.

“Measures could be taken such as closing schools and nurseries, where the virus is spreading rapidly”, evokes the president of the medical commission, while already knowing the outcome of such a request… “We did it well for Covid. “He also thinks that with these two years of increased attention, the immune system of the little ones has rested. Bronchiolitis had been shy during the health crisis.

The Dieppe hospital has posted a prevention message on its Facebook page to remind you of the right things to do if your child shows symptoms of bronchiolitis.
This viral disease can present in the form of repeated dry cough, breathing difficulties (faster breathing, noisy exhalation), with or without fever.

Warning signs. An alteration in general condition (the child is tired, he smiles less, cries a lot, is a little soft, does not play, etc.), food discomfort, difficulty breathing and sunken chest, very high fever, much faster breathing than usual. In this case, contact your doctor
treating.

The alarming signs. Breathing pauses or great discomfort to breathe, refusal of bottles and feedings, malaise and drowsiness and blue lips. If the child is premature or less than six weeks old, this is a serious criterion. You have to call 15 or go to the emergency room.

Hygiene measures. If the child has a habitual behavior, it is simply necessary to respect certain hygiene measures such as washing the nose frequently, splitting the meals, offering to drink frequently and ventilating the environment well.

The bronchiolitis network. This service, initiated by Norman physiotherapists, provides permanent respiratory physiotherapy care, at weekends and on public holidays, for children with bronchiolitis or infant asthma throughout Normandy. Here is the number: 02 35 71 70 82. This number operates from 8 a.m. to 7 p.m. during the bronchiolitis epidemic season from the end of October to the end of March.

Barrier gestures are therefore strongly recommended. “In newborns, parents must be very vigilant,” says pediatrician Céline Al Mazini. Visits have been closed to the public until further notice at the Dieppe maternity hospital.

A city already traumatized, a few years ago, by an epidemic of meningitis which led to the death of several children. “We do everything we can not to relive that,” says Dr. Jean-Marc Kerleau.

Was this article helpful to you? Note that you can follow Les Informations Dieppoises in the My News space. In one click, after registration, you will find all the news of your favorite cities and brands.