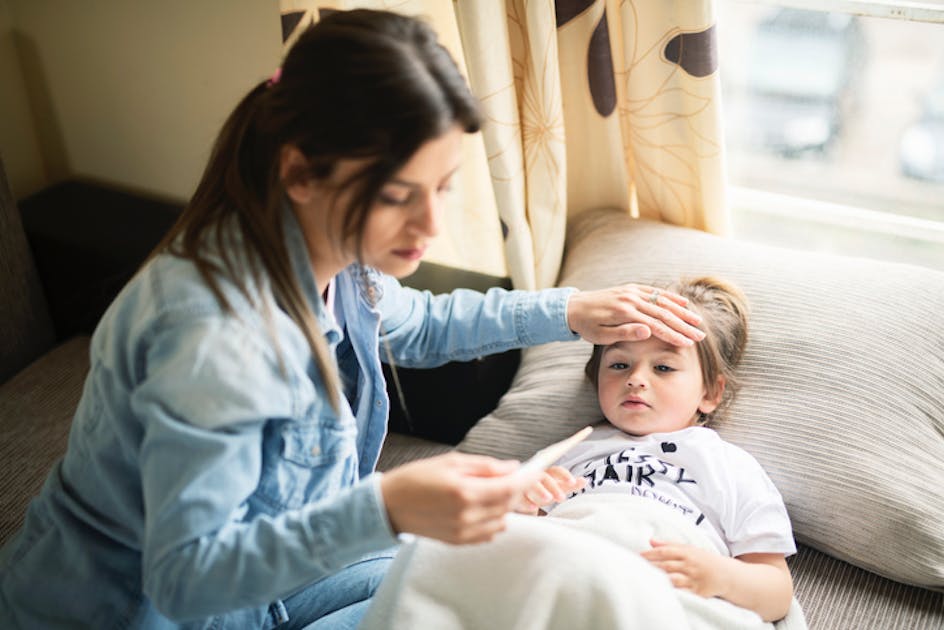 Before the age of 6 months, the child is naturally protected by maternal antibodies, so there is less risk of catching a virus. From the age of six months until the age of six, each child catches nasopharyngitis on average four or five times a year. It’s a disease acute and mild which can also affect adults.

Cough, cold, sore throat, fever… What are the symptoms in babies and children?

It is characterized by fever (the temperature does not exceed 38.5°C – 39°C and does not last more than three days), stuffy nose, with discharge that may turn yellow or greenish, coughing episodes, sore throat, sneezing, constant fatigue, body aches. The child may also have diarrhea and vomiting.

From an early age, children are confronted with their first viruses. ” Infants do not have a mature immune system. It is for this reason that community life in nurseries or airy centers grouped with other children allow them to strengthen their immune defenses and stock up on antibodies for the future. Unfortunately, this involves the occurrence of various diseases, including nasopharyngitis,” explains Dr. Raphaël Sebag.

Different factors can also be at the origin of this disease:

Mothers breastfeeding their children limit the risk of contagion of different viruses. “During exclusive breastfeeding for at least 6 months, it has been proven that the child is less likely to be exposed to various viruses, including nasopharyngitis. »

There is only one treatment for nasopharyngitis for infants. ” Nasal and pharyngeal clearing or washing of the nose with saline is to be carried out at will, especially before sleeping and meals. »

Parents sometimes find it difficult to carry out this task which, moreover, is not a cakewalk for the child. It is however a must to relieve him. ” The most effective way is to lay the baby on their side and hold their head up, then press hard on the dropper. physiological serum or dsolutes derived from sea water and perform the same exercise on the other side. It is effective when the secretions are well expelled,” explains the pediatrician.

Diet can have an impact on symptoms. ” We try to give cold foods to eat, lukewarm or cold milk. Hot food should be avoided. he adds.

Indeed, the cold has an anesthetic power, which makes it possible to attenuate the pain in the event of sore throat and cough in the baby.

We canraise the back of his bed a few centimeters,placing a cushion under the mattress to facilitate the flow of mucus in the nasal cavity and not in the throat (which aggravates sore throats).

To relieve symptoms, it is possible to give paracetamol (Doliprane) to her child.

If the symptoms persist or worsen, and the fever does not subside, it will be necessary to carry out a medical consultation. The pediatrician in charge may prescribe antibiotics for your baby in the event of associated complications, such as otitis or bronchitis.