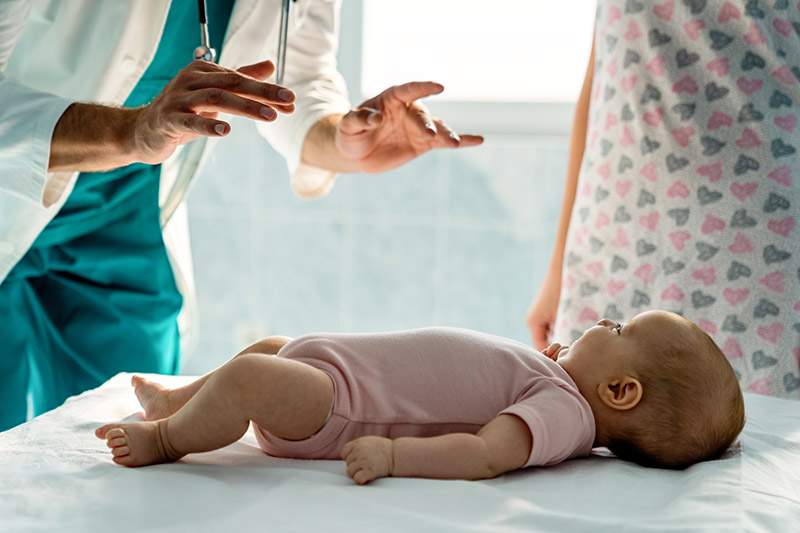 On November 9, the Minister of Health was questioned about the crisis in pediatric services during current affairs questions to the government before the Senate. He announced the implementation of the ORSAN plan in order to structure the response of the health system and to streamline pediatric care in an early and intense epidemic context.

An early and intense epidemic

If each year bronchiolitis affects 30% of infants under two years of age, this year the epidemic is particularly early and intense. According to Public Health France in Week 44 the use of emergency care for bronchiolitis reached the figure of 6891. This resulted in more than 2400 hospitalizations during the week, a record for 10 years.

If the epidemic seems more intense in the northern half of France, in reality it is the whole metropolitan territory which is concerned

This influx of infants has saturated emergency and pediatric services already weakened by a lack of staff, resources and beds. The structural weaknesses of emergencies are nothing new. In 2019 more than 200 emergency services went on strike within the Inter Urgence collective to denounce a dramatic situation.

“I feel cold anger at the inaction of the public authorities and the lack of response to known phenomena and for which we have solutions”protests Professor Marguet of the department of pediatrics and adolescent medicine at the Rouen University Hospital on France3.fr

At the Nantes University Hospital, the situation is particularly worrying according to Pr Christèle Gras Le Guen, head of the pediatrics department who confides in FranceBleu

“All the beds have been occupied for weeks, with more than 100% occupancy. We’re doing resuscitation in the hallways. We push children to the emergency room in small corners to be able to administer oxygen to them while waiting for a place to become free. Just the other night, we transferred a child to Rennes. The lack of critical care beds is glaring. »

“If the epidemic is particularly complicated this year, it is not so much because of its virulence as of our healthcare system which is in such a state of disrepair that we cannotis not able todeal.»

In saturated services, the wait is sometimes long and it is not uncommon for it to exceed 10 hours. Such an expectation puts parents and caregivers under stress. In some cases, doctors are forced to reduce the duration of follow-up for children.

“Just because they’re being sent home and they’re not dead doesn’t mean they don’t need longer hospitalization. It’s very stressful for a doctor on call to release a child when you know he should be kept longer. We do things halfway, we don’t even respond to recommendations. » Pr. Marguet, pediatrician at the University Hospital of Rouen for France3

To deal with this situation, the Minister of Health and Prevention calls for general mobilization and triggers the ORSAN EPI-CLIM plan in order to give full powers to the ARS in order to:

Faced with unprecedented levels of hospitalization for 10 years, caused by the bronchiolitis epidemic, I activated the ORSAN plan today. We are strengthening the means of each region to support caregivers and provide care for children and families. pic.twitter.com/vYqqAIhWb0

This late mobilization could however not produce the expected effects as the means that can be mobilized seem weak and the needs in pediatrics specific.

“The white plan in pediatrics does not make it possible to seek out nurses throughout the hospital and have them work in sectors where they are not trained. Specific staff are needed and this specific staff is already 100% mobilized. Pediatrics is not a smaller adult. This is what we have been trying to convey for years without being heard. » Christele Gras Le Guen

While waiting for structural responses, the most effective way to reduce the intensity of this epidemic is probably to tirelessly repeat the prevention messages.

Simple gestures to limit the circulation of the virus

Parents of infants and young children can adopt simple and effective barrier gestures and behaviors to protect their children and limit the transmission of the virus that causes bronchiolitis:

What to do in the event of a sick child

In the vast majority of cases, bronchiolitis is mild and heals spontaneously within a few days. There is no specific anti-virus treatment and antibiotics are useless.

In the event of a sick child, parents are invited to consult their doctor first. in order to receive instructions for care (fragmentation of the diet, rehydration, regular cleaning and decluttering of the child’s nose, ventilation of the interior space) and monitoring of symptoms.

If necessary, the SOS Médecins services, the bronchiolitis networks present in certain departments can also be called upon. In case of doubt, a call to 15 will direct you to the most suitable remedy..

In the following situations, hospitalization may be necessary:

It is recommended not to go directly to the emergency room and to call 15 before moving, to be directed to the most suitable structure.