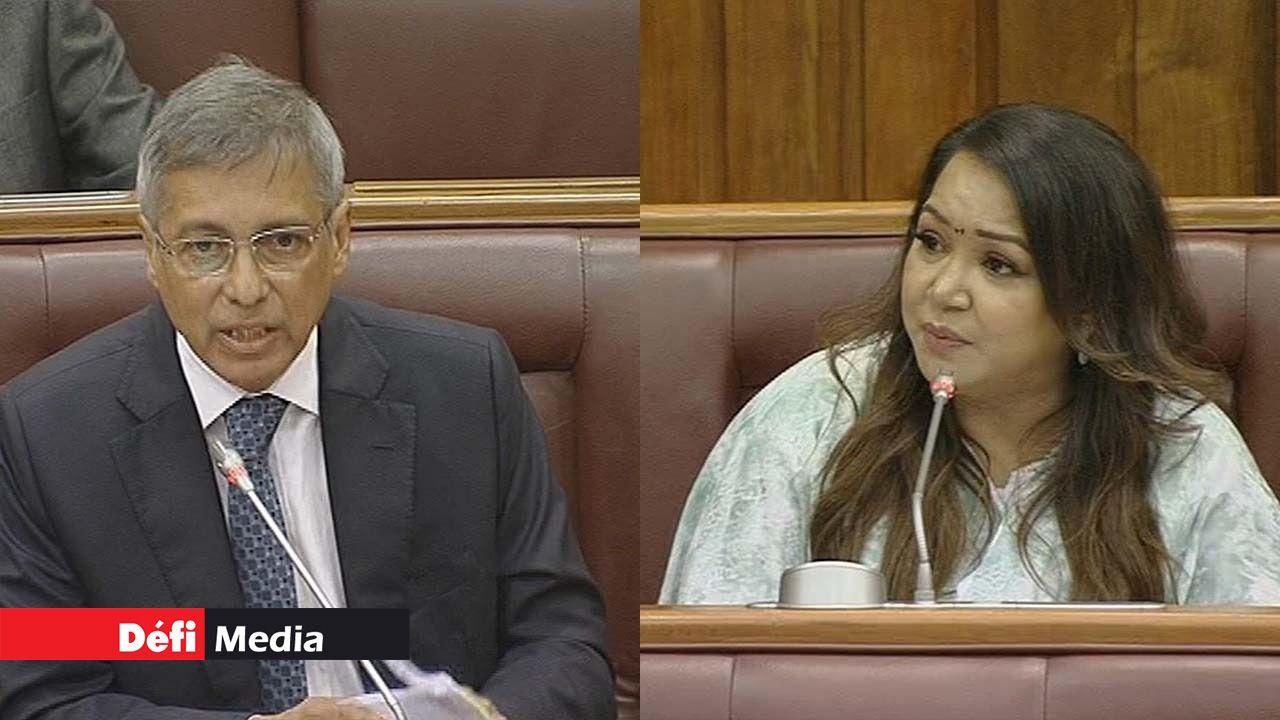 “A Fact Finding Committee has been set up to shed light on the circumstances in which the infant ended up in a critical condition”. This was announced by Kalpana Koonjoo-Shah, this Thursday, October 27. The Minister of Gender Equality and Family Welfare was responding to the Private Notice Question (PNQ) of opposition leader Xavier Luc Duval at the National Assembly this afternoon. PNQ which focused on a three-month-old baby from the Bird of Paradise shelter in Cap-Malheureux. The infant has been in the intensive care unit at the North Hospital since Saturday, October 22, 2022. The three-month-old baby girl was admitted there after she began experiencing breathing difficulties.

“This committee will be chaired by the permanent secretary of my ministry,” said Kalpana Koonjoo-Shah, who has already begun his investigation. The committee is made up of representatives from the line ministry, the National Children’s Council (NCC), the National Empowerment Foundation, the Ministry of Health and Welfare, the police department and an independent member of the NCC. The committee has already met on October 25, 2022 and its assessment is still ongoing.

As for the “terms and reference”, the Minister says that she will table the document soon in Parliament.

It is in the light of the report of the Fact Finding Committee that the ministry will decide whether there will be action, or even appropriate sanctions, said the minister. She reassures on the capacity of the staff, in particular four ‘caregivers’ who from this ‘relay shelter’ in Cap-Malheureux to manage this kind of emergency.

The four carers of the center are duly qualified, says the Minister for Gender Equality.

“The four carers who were on duty on October 21, 2022 hold the qualifications required by the service scheme, namely Certificate of Primary Education (CPE) and two years of experience in working with children. All caregivers have received induction, on-the-job training and further training,” she pointed out.

The baby suffered from diarrhea

Kalpana Koonjoo-Shah says she was informed that on October 20, the baby was taken to SSRN hospital for treatment as he was suffering from diarrhoea. According to the hospital’s medical report, the baby was tolerating meals and ‘was well perfused’. She had a sore throat and stuffy nose but had no other problems. Therefore, the baby was prescribed medication and allowed to return home.

On October 21, 2022, the baby received anti-diarrhea milk and prescribed medication. In the early hours of the morning, caregivers noticed the baby was weak and immediately rushed him to SSRN Hospital where he was admitted to the intensive care unit the same day. According to the latest medical report, the baby is still admitted to the intensive care unit and is in critical condition.

According to Kalpana Koonjoo-Shah, the baby was born prematurely and the child had congenital problems. His mother, who abandoned the baby at birth, was “a drug addict who injected harsh and illicit substances during her pregnancy”. “It is unfortunate that the child is critically ill today due to the neglect of the mother during the pregnancy,” said the minister.

What made jump Xavier Luc Duval who is of the opinion that one should not blame the child.

The Leader of the Opposition finds the difference between the level of requirement in the private sector and the public sector unacceptable.

“There is indeed a strict and precise protocol for night rounds. (…) According to the protocol of the night team, a carer is always present in the baby section and rounds are made every two hours. That night, October 21, there were 12 residents and four care givers. This is why a Fact Finding Committee has been set up to shed light on what really happened that night”, was to answer Kalpana Koonjoo-Shah.

Among additional questions, Labor MP, Farhad Aumeer asked the minister if the baby had so many health complications, how come she got discharged from the hospital? To which Kalpana Koonjoo-Shah replied that this decision is up to the health service.