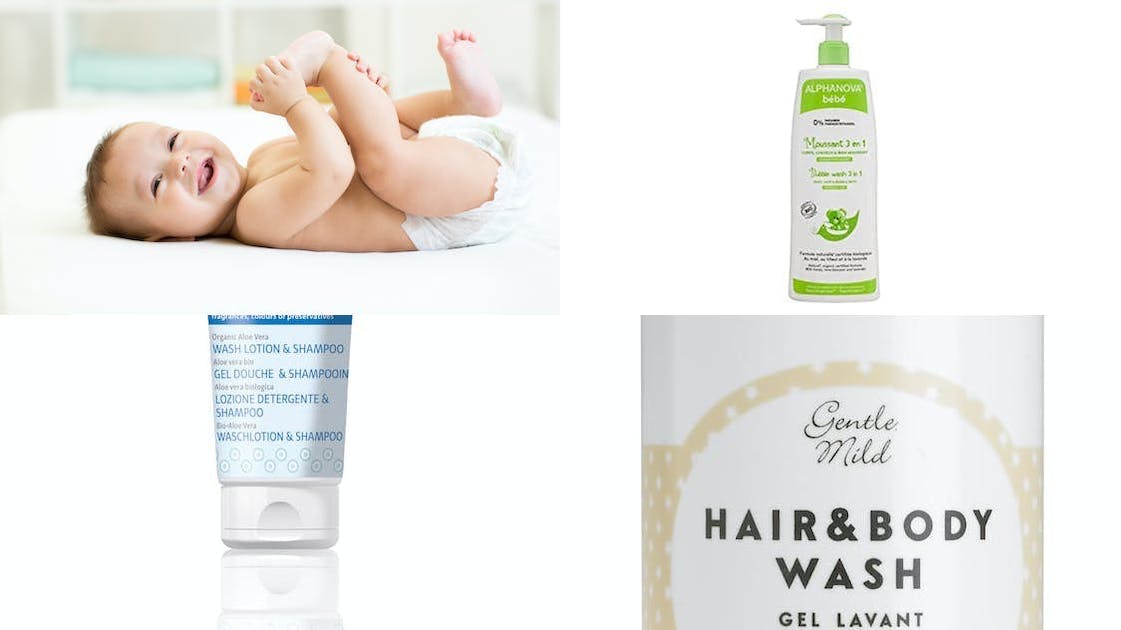 The newborn has very fragile and immature skin. During the first weeks, it is not yet covered with the hydrolipidic film which protects it from external aggressions. “The baby’s skin is no more permeable than that of an adult, but its cutaneous surface in relation to its weight is very large, underlines Pr Gérard Lorette, dermatologist at the University Hospital of Tours. Which means it potentially has a higher risk of being contaminated with chemicals. “Especially around the seat, because this area is closed and often wet when the baby is not changed regularly, the products then easily penetrate the skin, especially if they are not rinsed off. In a study published last February, the non-governmental organization Women in Europe for a Common Future (WECF) sounded the alarm. Ingredients or families of ingredients classified as “high risk” were found in 299 baby grooming products (shampoos, wipes or cleansing milks). In the same month, Women in Europe for a Common Future pinpointed 185 common cosmetics containing compounds of concern, including baby wipes. Among them, we find allergens, preservatives or perfumes, substances having an impact on health, alone or in combination with others.

Currently, in France as in all of Europe, the standards applicable to cosmetics are set by a European regulation which defines the authorized substances, with which concentration limit, those which are prohibited (more than a thousand), the obligatory mentions on the label. At European level, the Scientific Committee for Consumer Safety (CSSC) carries out risk assessments and issues opinions on the safety of cosmetic ingredients. In France, the National Agency for the Safety of Medicines and Health Products (ANSM) also issues recommendations to help the French authorities take appropriate measures. However, it is not easy to navigate between the regulations and the warnings of scientists. The substances incriminated by WECF and Que Choisir are indeed authorized, in small quantities, by European regulations. And serious manufacturers usually use them in even lower doses than allowed. Under the aegis of their federation, the FEBEA, French cosmetics companies adopted in 2009 “good practices for the development of toiletries for children under 3”. In 2013, they committed to removing methylisothiazolinone (MIT) from leave-in products. But when in doubt, we apply the precautionary principle!

Before buying a baby care product, the first reflex is to carefully examine its composition… with a magnifying glass if necessary! All ingredients are listed on the label on the back of the product in descending order of concentration, except below 1% where they can appear anywhere, including at the beginning of the list and even in bold. You are not a chemist, and even if the labeling is not necessarily clear, certain substances must attract your attention. Although authorized by the regulations, three of them are in fact classified as “high risk” by WECF.

Methylisothiazolinone (MITThis preservative, used in many care products to replace parabens, is particularly allergenic. As early as 2012, the French Society of Dermatology (SFD) warned of the risk of eczema of the face and buttocks triggered by the use of cleansing wipes containing this preservative.

Phenoxyethanol
Omnipresent in cosmetics, especially for babies, it could soon be banned in products that are used without rinsing. This preservative, which has been talked about a lot in recent years, is used in the composition of body and face creams, in sunscreens, but also in wipes. It is suspected of having toxic effects on reproduction: this is called an endocrine disruptor, a substance that has the ability to interfere with hormonal messages and disrupt them. However, the hormonal system is very fragile at certain key periods of life, particularly in babies whose organism is immature. Since 2012, the National Medicines Safety Agency (ANSM) has recommended no longer using phenoxyethanol in products intended to clean the baby’s bottom, and reducing the maximum content to 0.4% for children under 3. year.

The perfumes
“We were surprised to find so many baby products containing perfumes, when we know that they promote allergies,” said Elisabeth Ruffinengo, WECF’s health-environment project manager. And organic products are also concerned even if the perfumes used present a little less risk because of natural origin. »

Don’t put down your magnifying glass! The WECF association has also identified cosmetic ingredients presenting a “moderate risk”, which can be identified under different names on product labels. There is a preservative, EDTA (disodium, tetrasodium, calcium disodium) and emulsifiers, such as sodium lauryl sulfate (SLS) or ammonium lauryl sulfate (ALS). These foaming agents, present in the vast majority in bath products and shampoos, are irritating and potentially allergenic. Mineral oils labeled as petrolatum, paraffinum or mineral oil are used to improve the moisturizing power of treatments. They are often present in baby products. Problem: of poor quality, they may contain impurities (hydrocarbons) in higher than normal quantities. As for parabens, whose reputation is second to none, they are almost no longer found in baby cosmetics. Two of them, propylparaben and butylparaben, have been banned in leave-in care products intended to be applied to the buttocks since 2014. As for sunscreens, they often use mineral filters, reduced to state of nanoparticles (nano on the label), to avoid white marks. The effects of these substances are poorly documented, so it is better to abstain if you see this mention on the packaging. To limit the risks, “Prefer products bearing organic labels (Ecocert, Cosmebio, Nature et Progrès, NaTrue), advises Elisabeth Ruffinengo. They contain at least 95% ingredients of natural origin. »