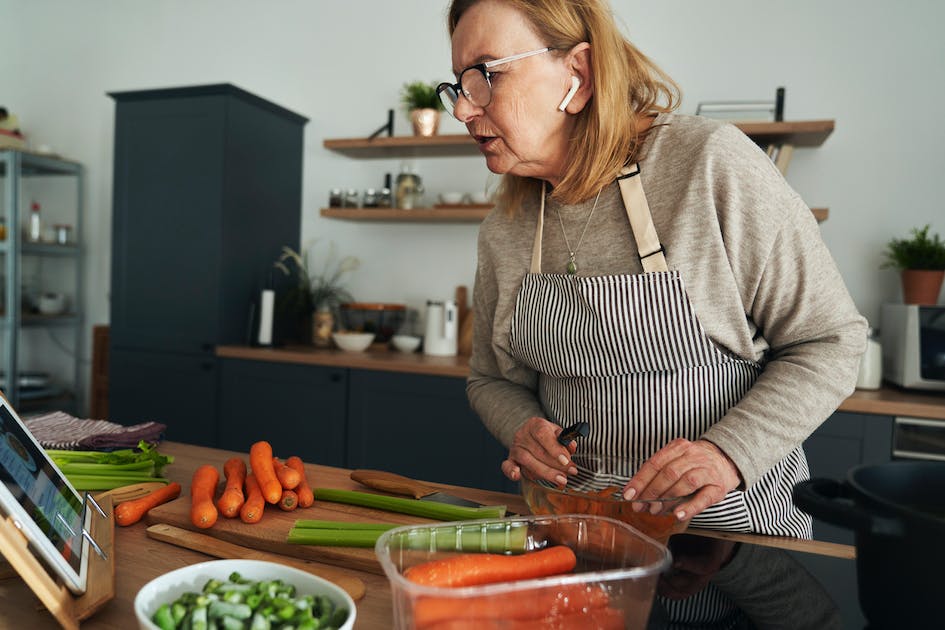 No animal products, plenty of fruits and vegetables, and one serving of soy per day. According to a new scientific study, published in Menopause (Source 1), adopting a diet of this type would be about as effective hormone replacement therapy (HRT) to reduce menopausal hot flashes. At least that’s what the authors of the study write in a press release (Source 2), comparing the 88% measured effectiveness of such a diet to the 70 to 90% effectiveness of HRT.

Conducted among 84 postmenopausal women suffering from at least two episodes of hot flashes per day, the study indicates that adopting a vegan diet, low in fat, and including the equivalent of half a cup of cooked soy per day (86 gr), led to an 88% reduction in moderate to severe hot flashes. Women who followed this diet also lost an average of 8 pounds, or 3.6 kg, in twelve weeks.

The participants were randomly divided into two groups: either the intervention group, adopting the diet mentioned above, or the control group, having made no dietary change. The experiment was conducted over twelve weeks, during which the participants entered the intensity and frequency of their hot flashes via a mobile application.

Emphasizing that hot flashes cause a “recurring discomfort”, sleep disturbance and poorer quality of life in women who suffer from it, scientists have found the influence of diet on this symptom of menopause. Because hot flashes are less frequent and less intense in regions of the world that give pride of place to cereals, legumes, vegetables and other plant foods, particularly in Japan, China or rural Mexico. Also, as Japanese women’s diets became more westernized between the 1980s and 2000s, data show a 15-40% increase in hot flashes in postmenopausal women.

“We don’t yet fully understand why this combination works, but it seems that these three elements are essential: avoiding animal products, reducing fat and adding a serving of soy.”, detailed Dr. Neal Barnard, co-author of the study and professor at the George Washington University School of Medicine (United States). “Our results reflect diets in places around the world, such as pre-Westernized Japan and the modern Yucatán Peninsula (in Mexico, editor’s note), where a low-fat, plant-based diet, including soy , is more prevalent and where postmenopausal women experience fewer symptoms”, he added in a press release (Source 2).

In view of these results, the researchers believe that a change in diet should be considered “first-line treatment” hot flashes and night sweats, which they group together under the term “bothersome vasomotor symptoms”.