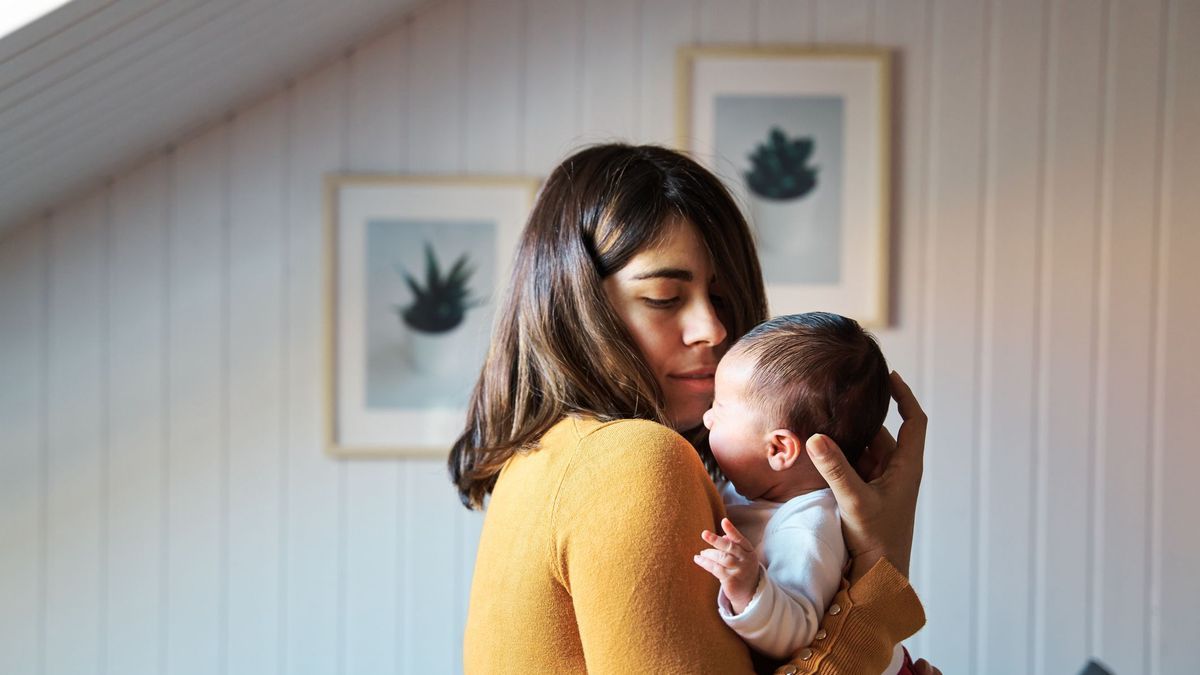 Frequent during the first days after childbirth, hypervigilance can also persist and become a symptom of postpartum depression. New mothers then feel on the alert, anxious about everything that could happen, attentive to the slightest movement of their baby…

Is the child breathing well? Isn’t he sick? Won’t he choke? Is he sufficiently dressed? Some women experience constant worry after the birth of their baby. Their days and nights are disturbed by these thoughts.

Thanks to social networks, the term maternal hypervigilance is increasingly being used to describe this state. But the definition remains vague and differs according to the professionals. “It is not a new clinical entity,” assures psychologist Jaqueline Wendland.

For her, we speak of “anxious manifestation during the postpartum period. It is not a symptom of baby blues, nor a sleep disorder, as we sometimes hear. Maternal hypervigilance does not appear in the scientific literature, nor in the DSM (diagnostic and statistical manual of mental disorders).

It can be translated by:

As with any anxiety disorder, symptoms vary from person to person.

In association with postpartum pathologies

Worrying about your child’s health, especially during the first few days, is common. It is questionable when this feeling prevents the new mother from living normally, for a longer period. Thus, maternal hypervigilance could be considered pathological, depending on its intensity and duration.

It is found associated with certain disorders of the perinatal period:

Roots in a difficult experience

“This anxiety is often linked to difficulties encountered during pregnancy, birth or the first days of the baby’s life,” says Jaqueline Wendland.

She underlines the impact that the obstetrical history can have, such as a spontaneous termination of pregnancy, an IMG, prenatal examinations having shown a risk for the foetus, hospitalization… or, subsequently, a vital emergency for the baby during pregnancy. childbirth, prematurity, neonatal illness. These events lead some women, especially those with an anxious temperament, to develop extreme concern for their toddler.

One could also wonder about the past of these mothers, especially their own childhood. But the specialist does not necessarily see a link with hypervigilance. As for the role of hormones, known for the baby blues, it is not established in this case.

The limited consequences for the baby

Antoine Guedeney, child psychiatrist, wants to be reassuring about the possible consequences of hypervigilance on the baby: “It has long been believed that many disorders were linked to maternal anxiety. For example, infant colic… But it’s the opposite! Newborn cries are now considered to be linked to behavioral regulation disorders. They remain “normal”, but very stressful for the parents. »

On the other hand, is maternal hypervigilance a necessary step for the child’s good health? The pediatrician and psychoanalyst Donald Winnicott had developed, in the mid-twentiethe century, the notion of “primary maternal concern”, this ability of the mother to develop increased attention to her baby, from the end of pregnancy and during its first months. He even called it “normal madness”. According to Winnicott, if the woman does not experience this “concern”, there is a risk of consequences for the development of the toddler, which can even lead to a borderline state. But for Antoine Guedeney, again, “it’s wrong! The human baby learns very quickly and adapts. Only a lasting interaction disorder eventually leads to consequences for the child. »

The risks remain rather on the mother’s side, if the hypervigilance lasts and causes deep discomfort. According to Jaqueline Wendland, from the moment the baby is born, hospital staff “must be vigilant, support and reassure women. We must remain attentive if one of them is unable to relax, to provide appropriate care or to bear the crying of the newborn. Most maternities benefit from the presence of psychologists who can intervene.

If this hypervigilance is not detected from the first moments, a new mother always has the option of turning to her doctor or an IMP. She will be able to find someone to listen to about her concerns. If this is not enough, it is then advisable to consult a mental health professional quickly, without letting the anxiety set in and evolve into depression.

The psychologist also recalls the importance of a relay with the child, so that each parent can rest and sometimes focus their thoughts on other subjects.

There are far fewer of them, but Jaqueline Wendland also sees anxious fathers in consultation, “men who were afraid for their wives and their babies during childbirth, for example”. But she does not want to use the term paternal hypervigilance, “so as not to pathologize everything”. Remember, however, that they too can be affected by postpartum depression and that you should be vigilant when anxiety becomes intense.