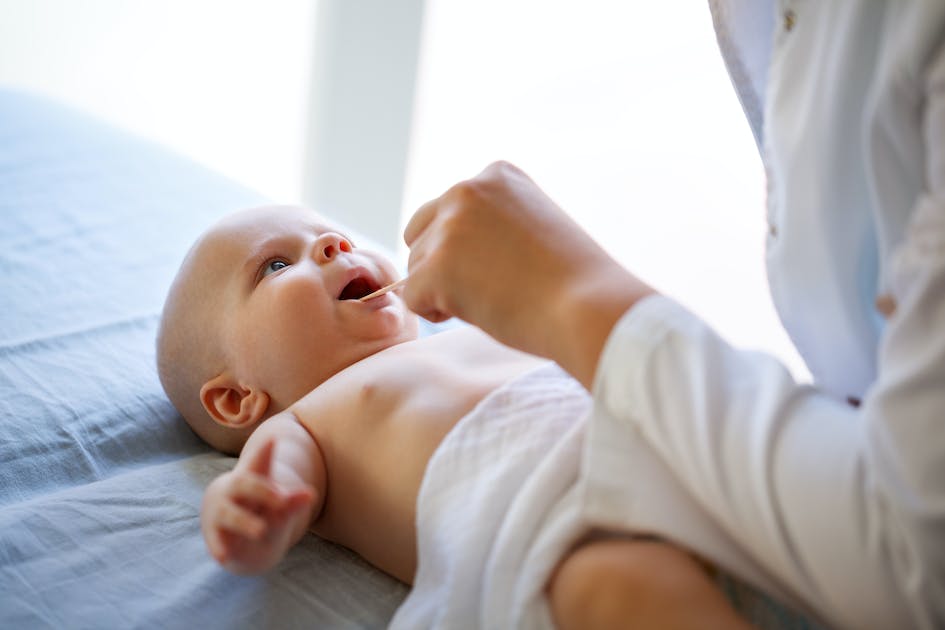 Laryngomalacia is the leading cause of stridor in the newborn. This congenital malformation is defined by a soft larynx, associated with excess tissue around the epiglottis. Fortunately, it rarely requires surgery and usually resolves on its own. Laryngomalacia usually disappears completely by the age of two. Explanations from Dr Danièle Bloch, pediatrician

Definition and cause of laryngomalacia

Also called “congenital laryngeal stridor”, laryngomalacia is a birth defect larynx in infants. This is the main cause of stridor, that is to say an abnormal noise, more or less strident, emitted by breathing due to an obstruction of the airways.

Stridor is an abnormal noise, both high-pitched and continuous, when the baby breathes. ” In laryngomalacia, the cricoid cartilage is far too soft and it collapses at the moment of the child’s cries”, explains Dr. Bloch.

There is also excess mucous membrane around the infant’s epiglottis, above the vocal cords. A drop in his laryngeal tone also causes closing of his airways during respiration. This is how stridor is formed, due to a strongly obstructed air passage in the epiglottis area, This is what gives the child noisy breathing.

Laryngomalacia is diagnosed fairly soon after the baby is born. Indeed, the first symptom is related to child cries : it’s stridor. “This is how a diagnosis can be made, by hearing the child cry”, says the pediatrician.

In its usual form, stridor appears from the birth of the baby or from its first days of life. He is often acute, but does not modify the baby’s cries. Moreover, it is not the intensity of the stridor that determines the severity of the disease, but rather the consequences on the health of the child.

An exam endoscopic can be performed without general anesthesia, to observe the epiglottic area directly, using a camera passed through the child’s nose. The otolaryngologist (or ENT) will be able to estimate the size of the excess tissue and identify the collapse.

Sleep, food: laryngomalacia disrupts the vital functions of the child

Indeed, in the most serious cases of laryngomalacia, the infant will be embarrassed to suckle or eat, as this may cause him coughing fits and misdirection. He will need frequent breaks, and his meals will not be very long. Laryngomalacia can also be responsible for reflux or vomiting in the toddler. These feeding difficulties can quickly affect the health of the child, who may suffer from growth retardation. It is advisable to give him thickened milk and to feed him in position semi-seatedto facilitate its transit.

During the day, it is therefore preferable to leave the baby on his stomach, always under your supervision. In effect, the dorsal position increases severity, and the tissues and larynx are more likely to obstruct the child’s airway and increase stridor. However, because of the risks associated with sudden infant death syndrome, it is still preferable to put him on his back at night. On the other hand, you can raise his head by putting a pillow under his mattress, so that he can breathe better in a semi-sitting position. In any case, follow the advice of the pediatrician.

“For children whose laryngomalacia is minor, which is the majority of cases, everything ends up Return to normal over time, between the age of six months and two years,” says Dr. Bloch. In this case, the child will only require monitoring of his respiratory capacity and his staturo-ponderal growth, during his follow-up with the pediatrician.

For more serious cases, it will be necessary to treat children with surgery.

What is surgery for laryngomalacia in babies?

On average, in 10 to 20% of cases of laryngomalacia, the treatment will be surgery. The child must be operated on because he has difficulty eating, he is vomiting and has breathing difficultiespoor oxygenation and risk of cardiac complications.

Surgery may be needed to remove some of the loose tissue. called supraglottoplasty, it is performed under general anesthesia. The surgeon, using a laser that works like an extremely precise scalpel, removes the excess tissue parts. Sometimes the gesture is completed by a epiglotopexywhich is the attachment of the epiglottis to the base of the tongue.

Once operated, the child is monitored in intensive care pediatrics, overnight. Corticosteroids can be prescribed during and after the operation. In case of epiglotopexy, antibiotics will be given for five days.

Generally, the improvement of food and breathing of the child are quickly felt. Finally, if you are worried about your baby’s voice, know that the surgery does not affect it.