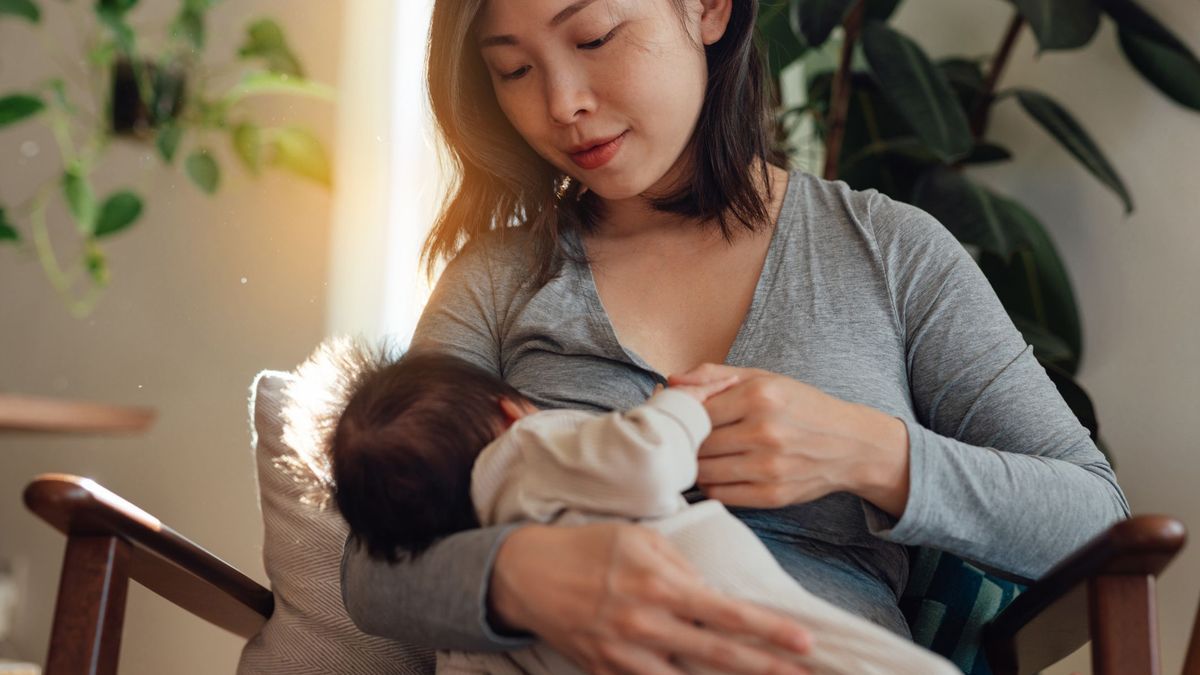 The many benefits of breastfeeding are well established. American researchers want to know how breast milk offers protection against allergies. Their discovery could benefit all babies.

Immune protection, beneficial for the intelligence quotient, reduction of the risks of chronic diseases… The benefits of breastfeeding are multiple, scientifically recognized and excellent for the health of children. American researchers have looked into its protective effect against allergies.

A protective effect against allergies

“Infants breastfed beyond three months have a lower risk of allergies but we don’t fully understand the biological mechanism behind this“says Dr. Steven Hicks associate professor of pediatrics and pediatrician at Penn State Health Children’s Hospital.

To try to unravel this mystery, his team is studying the trail of miRNAs, molecules present in breast milk. “There are nearly 1,000 different types of miRNAs in human breast milk and their composition varies due to maternal characteristics such as weight, diet and genetics.adds Dr. Hicks.We hypothesized that four of these miRNAs may be protective against childhood allergies based on previous research showing relationships between these miRNAs and certain allergic conditions.”

The composition of breast milk assessed for 4 months

Dr. Hicks is therefore working with other colleagues on a study of 163 young women for one year, at the time of their delivery, in order to study their milk and their future children.

These women all planned to breastfeed for more than four months. The composition of their milk was studied at the birth of their child, then four weeks later and finally four months later. The infants were followed until they were twelve months old.

The scientists thus followed the breastfeeding duration of each baby and measured the miRNA composition of each mother’s breast milk during lactation at birth, then four weeks after delivery and finally four months after.

Breast milk beneficial for the child

Scientists calculated the amount of specific miRNAs consumed by infants based on collected breastfeeding patterns and the concentration of certain miRNAs in breast milk samples.

By analyzing the milk, the researchers realized the presence of a micro RNA called micro-RNA 375-3p (or miR-375-3p, in scientific abbreviation), the concentration of which in the milk gradually increases, with the time.

Researchers believe that it is this element, present in breast milk, which reduces the risk of allergies in children.

To determine a correlation, the team calculated the quantity of this specific RNA consumed by the infants in the breast milk samples and they, in parallel, evaluated the infants on different allergies: atopic dermatitis (or eczema), allergies food and asthma.

Result: the authors of this work identified 41 infants who had developed eczema, 33 with a food allergy and 10 with asthma. But, they note, infants who did not develop allergies consumed, on average, greater amounts of miRNA-375-3p in their mothers’ breast milk than infants who did develop an allergy. This is an observation, the operating mechanism of this RNA not yet being identified.

Furthermore, the researchers also discovered two additional things: the levels of this particular RNA increase throughout lactation and mothers with a lower body mass index tended to have a higher concentration of miR-375 in their milk.

“It is not yet understood exactly by which mechanism miR-375 acts, but what is certain is that this molecule is beneficial for the health of the child.” note the authors of this work. They therefore wish to continue their research in order to understand the mechanism of action of this RNA and why not succeed in adding it to powdered milk so that all children can benefit from its benefits.