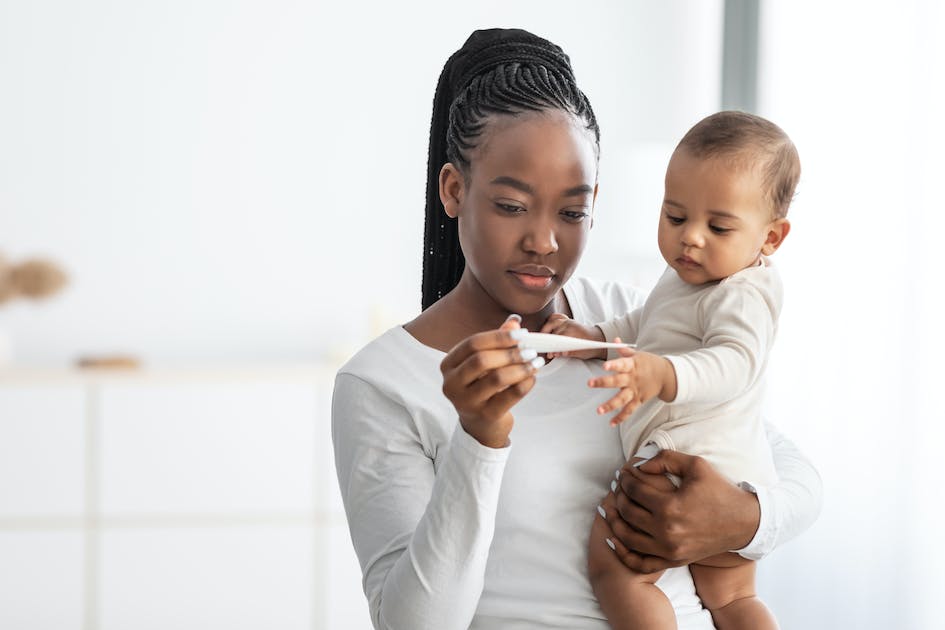 The immune system is the mechanism that allows our body to defend itself against viruses, microbes and bacteria, but also fungi, parasites for example. It is made up of white blood cells and cells circulating in the blood. From its 14th week of in-utero life, baby already has an immune system. The two main actors that compose it are the T lymphocytes, which destroy all unknown cells, and the B lymphocytes, which produce antibodies specific to the cells encountered.

When baby is born, he has antibodies (immunoglobins G) that were transmitted to him by his mother. However, the newborn must quickly adapt to the bacterial environment that surrounds it. Don’t worry, baby is more than ready. Moreover, he has many more lymphocytes than an adult!

However, his immune system is still immature. ” It’s as if he had a car, but he didn’t know how to drive! », Comments Georges Picherot, head of the pediatrics department at the Nantes University Hospital. He will have to meet bacteria so that he knows how to answer them correctly. But his immune system can also sometimes be too receptive to certain bacteria. It is for this reason that an infant often has episodes of fever. This means that his immune system is working properly. Conversely, an immune deficiency can cause severe infections.

Newborn: for how long does a baby benefit from his mother’s antibodies?

On average, maternal antibodies disappear from the infant’s body between 3 and 6 months. But some antibodies, for example against rubella, are no longer detected from 2 months. It is therefore recommended to carry out certain vaccines from this age.

When is baby’s immune system mature?

It takes more than 5 years for your child’s immune system to be fully effective. But, until then, each day allows him to develop and strengthen it. In addition, the immune system has a memory: once caught, certain pathologies will not be able to develop a second time, our child will be immunized against.

Breast milk contains many antibodies, which help our toddler to develop his immune system. Breastfeeding promotes the transfer of immunoglobulins A (IGa), which allows babies to protect themselves from digestive and respiratory infections. Georges Picherot therefore advises to follow the recommendations of the WHO andbreastfeed your baby for at least six months. However, if you are unwilling or unable to breastfeed, good nutrition will keep your baby healthy.

The pediatrician also advises vaccinate your baby since, he recalls, it does not dampen the immune system. On the contrary, it aims to stimulate it “. He gives the example of the vaccine against hepatitis B which is most effective in infancy. »

Having the opportunity to enjoy the outdoors, the fresh air and to fill up with vitamin D is also a way to increase the body’s immune defenses. Rest is also a must so that the immune system is reactive.

What weakens the immune system?

An immune deficiency, linked to the insufficiency of one or more immunological functions can be of hereditary origin. Some illnesses, moreover, can temporarily undermine the immune system, such as measles that lowers baby’s immunity for a while.

Let’s not forget, as parents, that if a good diet can “boost” immunity, conversely, when it is bad, the immune system is not at its best.

Immunity: and the mode of guard?

Parents whose child has been in nursery since he was an infant often notice that he is regularly sick. “ You have to use common sense. A crèche where proximity is absolute is not the best. But, staying in a confined space or in a “bubble” is not what a child needs. », acknowledges Georges Picherot.

According to the specialist, it is necessary, as much as possible, to delay the age of entry into the crèche a little since infections circulate there at high speed. But, on the contrary, a child left alone until the age of 3, will encounter a multitude of bacteria when he arrives in kindergarten. Don’t worry, baby will gradually adapt to the environment and learn to defend themselves properly.