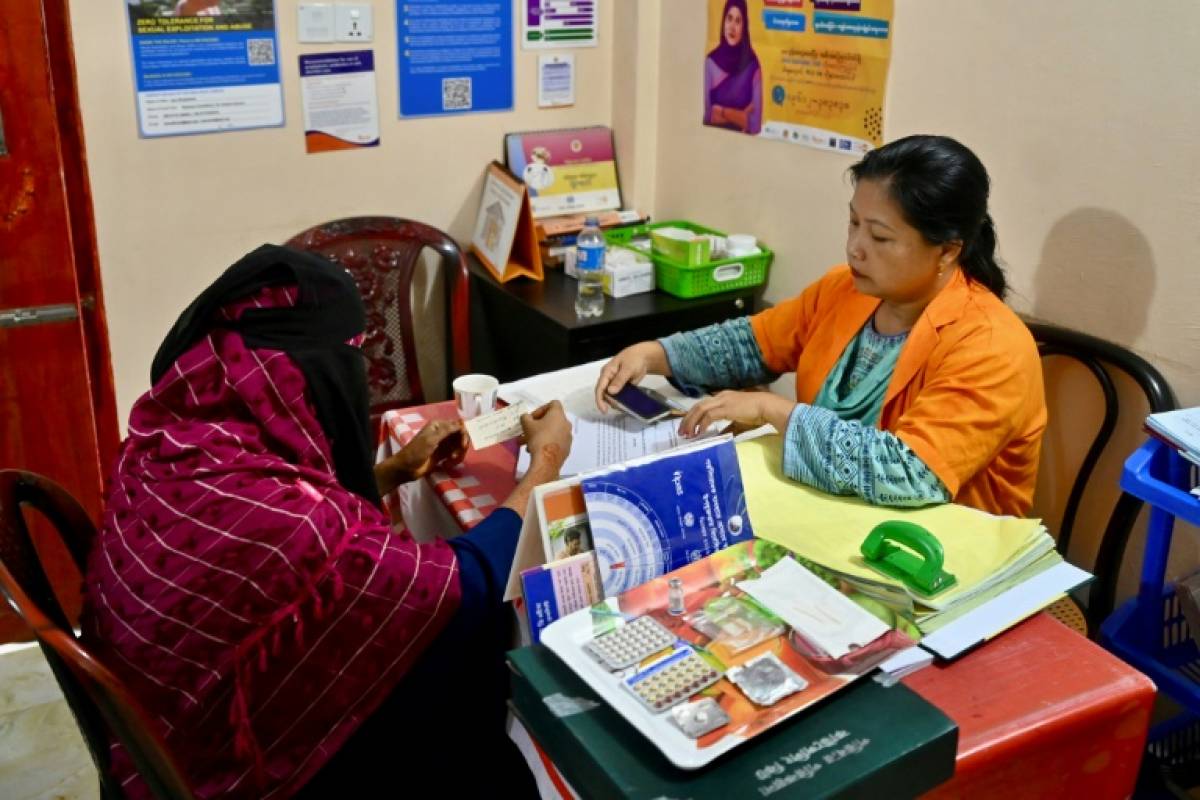 A medical worker explains contraceptive methods to a Rohingya refugee woman at the maternity ward of a medical center in Kutupalong camp on August 11, 2022 in Ukhia, Bangladesh (AFP / Munir uz Zaman)

Imam Abdur Rashid, a Rohingya refugee in a camp in Bangladesh, remains convinced that children are divine blessings, but with six little mouths to feed, he and his wife have chosen to protect themselves against a seventh gift from heaven.

At the beginning of the year, his wife Nosmin had a contraceptive implant inserted, thus flouting the precepts of certain Muslim communities.

Since the couple found refuge in Bangladesh five years ago, life in the overcrowded camp has changed many perspectives, including that of having a large family.

According to figures from the United Nations refugee agency, nearly two-thirds of Rohingya couples today use contraceptive methods, which were almost unused before their exile.

Around 750,000 Rohingyas fled army abuses in Burma and sought asylum in neighboring Bangladesh in 2017, where there were already more than 100,000 refugees, victims of previous violence.

“Children are blessings from God and he is the one who provides them with basic necessities,” Abdur Rashid told AFP, “but we have been stuck in this squalid camp for years now, I prefer not to beget a new life in such a harsh context”.

Just a few years ago, a majority of Rohingya believed that birth control went against their faith. But now, Abdur Rashid, like hundreds of religious leaders in the Rohingya camps, advocate the use of contraceptives in their sermons.

They volunteered to lead a public health campaign that aid workers and Bangladeshi authorities say has led to a dramatic change in attitudes towards family planning.

In the first six months of the year, some 190,000 family planning visits, including for abortions, were recorded.

“One day, I might want to have another baby. But not right away,” Noorjahan Begum, 25, already a mother of two, told AFP.

A medical worker examines a Rohingya refugee woman at the maternity ward of a medical center in Kutupalong camp on August 11, 2022 in Ukhia, Bangladesh (AFP/Munir uz Zaman)

With her six-month-old son in her arms, Mrs. Begum had just gone to the nearest clinic, a day’s walk away, to request the termination of her third pregnancy.

Dependent on humanitarian aid to survive, the young woman explains that she currently does not have sufficient resources to meet the needs of a third child.

“God willing, I will opt for permanent contraception,” she adds.

According to public health experts, the refugees themselves have been the most enthusiastic in supporting the family planning campaign.

“Now they welcome it. They understand that too many children can make their lives harder,” he adds.

For decades before the exile, the Rohingya were subjected to discriminatory policies by Burmese authorities who treated them as illegal immigrants from Bangladesh, despite their long-established presence in Burma.

By denying them citizenship, the Burmese government has prevented these stateless people from moving freely, confining them to an isolated region of the country.

The Burmese authorities had also tried to prohibit Rohingya couples from having more than two children, by requiring a written commitment from them in exchange for the issuance of their marriage certificates.

Bangladesh is struggling to support the huge population of traumatized refugees.

But the Rohingyas are increasingly victims of hostilities also on this land of welcome.

The February 2021 military coup in Burma has removed any prospect of an agreement on a return to their native country. They have nowhere to go.