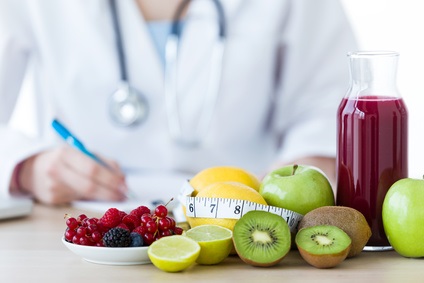 Women tend to live longer than men, but generally have higher rates of disease. “Women get diseases less often or later, they live longer but often with debilitating diseases,” says lead author Dr. Billy R. Hammond, professor of behavioral psychology and brain sciences at the UGA.

These higher prevalences of diseases could be reduced with a diet better adapted to older women, ie richer in carotenoids (yam, kale, spinach, watermelon, peppers, tomatoes, oranges and carrots). Why these fruits and vegetables? They are particularly rich in antioxidant pigments and allow, among other beneficial effects, to prevent visual and cognitive loss: “among all the existing cases of macular degeneration and dementia in the world, two thirds are women… and these diseases from which women have suffered, often for years, are also those which best lend themselves to prevention through lifestyle”.

Prevent these “more feminine” and age-related diseases through diet

Women use vitamins and minerals differently: this meta-analysis of data from previous studies published on the subject, describes several degenerative conditions, from autoimmune diseases to dementia that affect women at much higher rates than men, and thus call for preventive care additional. This female vulnerability is mainly explained by the way in which women store vitamins and minerals in their bodies, in particular by their higher rate of body fat which “absorbs” many dietary vitamins and minerals. This reduces the availability of these nutrients to the retina and brain, putting women at increased risk for degenerative disorders.

Dietary intake of carotenoids acts as an antioxidant for humans. 2 specific carotenoids, lutein and zeaxanthin, are found in specific tissues of the eye and brain and these compounds have already been shown to reduce central nervous system degeneration. And while men and women consume roughly the same amount of these carotenoids, women’s needs are much higher.

Different recommendations for women and for men: nutritional recommendations should therefore be more targeted to women or men in old age. There should also be better communication with women about these vulnerabilities that they can and must resolve proactively, in particular through food. Carotenoids are also available in supplement form, however researchers recommend taking them through food instead.

“These components of food influence the brain, and even personality and even self-esteem! People don’t realize how profoundly diet has an effect on the neurotransmitters that shape mood, anger, and broader well-being.”