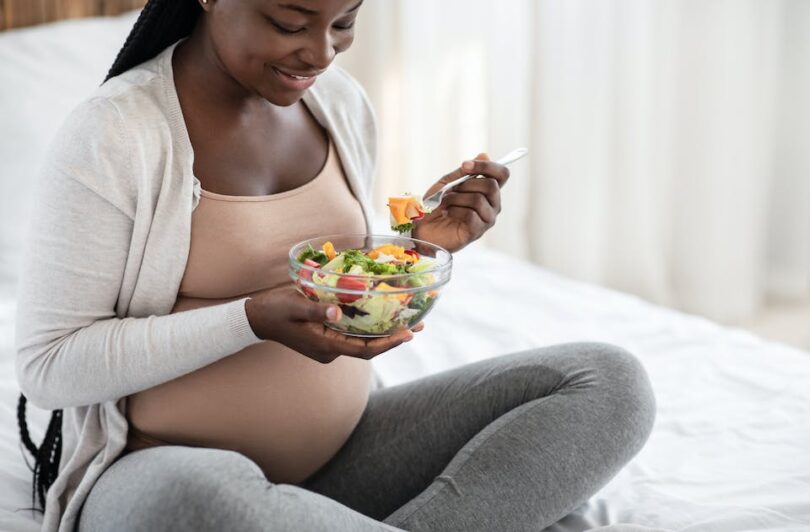 Extremely worrying, the crisis of eclampsia is the second cause of maternal mortality in France. However, according to Inserm, 40,000 women suffer from pre-eclampsia every year during their pregnancy. Pre-eclampsia, or toxemia of pregnancy, is caused by a malformation of the blood vessels in the placenta. It causes arterial hypertension and proteinuria, but also, potentially, headaches, visual disturbances, tinnitus… Its medical treatment must be very rapid, in order to avoid an eclampsia crisis.

A study, notably led by Nour Makarem, cardiovascular epidemiologist and researcher at Columbia University, in the United States, and published on December 22, 2022 in the journal JAMA Network Open, could well bring hope.

A diet to limit the risk of eclampsia?

The study was conducted using a prospective cohort of over 10,000 nulliparous American women. In the end, the research was carried out with 7,798 of them, of various ethnic and geographical origins. All were pregnant for the first timeand none had a multiple pregnancy.

Their usual diet was scrutinized, particularly during the three months closest to the date of conception of their baby. And it turns out that a specific diet reduces many pregnancy-related risks: the Mediterranean diet. Eating regularly with foods that make up this diet is associated with:

These risk reductions are all the greater when the future mother is aged 35 or over.

What is the Mediterranean diet?

The Mediterranean diet has already proven itself for the health of its consumers, pregnant or not! He is, in fact, recognized for fight effectively against cardiovascular diseasesto prevent certain cancers and obesity, and even to slow down the cellular aging process.

The Mediterranean diet consists of a cuisine based on fresh foods, fruits, vegetables, legumes, raw or cooked with olive oil.

Your horoscope by email

Thank you for your registration.