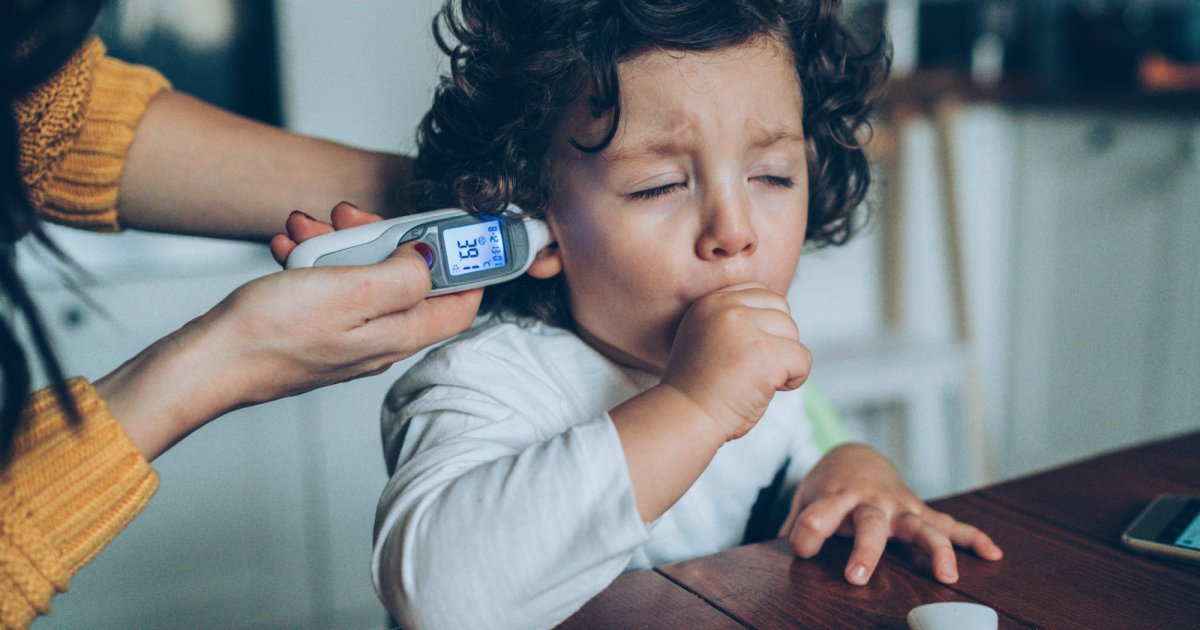 What is whooping cough?

This infectious respiratory disease is caused by two bacteria: Bordetella pertussis and parapertussis. These get lodged in the baby’s throat and lungs and cause inflammation of the airways. It is for this reason that infants cough and have difficulty breathing. In France, the incidence of the parapertussis germ is very low. But whooping cough is still extremely contagious. It particularly affects fragile people, such as pregnant women, the elderly and infants.

Whooping cough is very contagious: 1 person can contaminate an average of 15 to 17 others. It is transmitted through the air by droplets from the patient’s nose or mouth. It is contagious particularly during the incubation phase, which lasts on average ten days, during which the patient begins to have a runny nose and cough. In countries where there are pertussis vaccines such as France (compulsory for infants since 2018) it is generally adults who transmit it to infants. But thanks to the vaccine, babies are less likely to develop serious forms. On the other hand, in regions where children are not vaccinated, they can infect each other and therefore develop complications.

What are the symptoms of whooping cough in babies?

Whooping cough has the particularity of not presenting serious symptoms immediately, during the incubation period. The first few days you will notice a runny nose in your baby, similar to a common cold, which can last one to two weeks, accompanied by a cough and possibly a fever. It is only a few days later that his cough can turn into repeated and severe fifths, which can asphyxiate your baby. When the seizures are extreme, your child usually coughs with his tongue sticking out and may turn red or even blue if he lacks oxygen. You will also notice that the noise he makes when he catches his breath sounds like a rooster crows (hence the name of the disease).

Usually the cough from whooping cough is severe, sudden, violent and repeated. It can even cause choking, vomiting and spasms in the baby. When fifths excessive, your little one’s blood vessels can burst and cause red spots around their eyes. You will also find that your child eats little and is dehydrated. He may even lose weight.

Can there be complications for the infant?

If your baby does not get treatment quickly, his illness can continue and turn into a serious form. It can be very dangerous, especially for infants under 6 months. Indeed, nearly 1,000 children under 12 months, half of whom were under three months, between 2013 and 2021, were hospitalized because of this disease. Whooping cough in infants may cause heart and respiratory problems, convulsions or even coma.

When should you worry?

As explained above, the onset of whooping cough symptoms is similar to a common cold. This is why it is important to remain attentive to the evolution of your toddler’s illness. It is necessary to consult the doctor or the emergency services for your baby (vaccinated or not) in the following cases:

Once the diagnosis has been established, the treatment generally assigned is the administration of antibiotics. These drugs kill the bacteria responsible for the disease, and thus reduce the symptoms fairly quickly and limit your baby’s contagiousness. In addition to these medications, you can also put in place certain things to facilitate the recovery of your little one.
First of all, from the start of treatment, you must isolate your sick toddler for 5 days. It is also very important to hydrate and feed it with small amounts as you go, that is to say, to split its diet. Avoid obviously, that it is in contact with fragile or non-vaccinated people. For example, if your baby is kept at the crèche, it is necessary to warn the professionals in order to avoid a potential epidemic. Same case, for the nanny. To help your baby evacuate mucus, consider humidifying the air in the home (dry air can make coughing worse) and limiting temperatures (19-20°C). To reduce his cough, avoid smoking as much as possible at home and near baby. Passive smoking aggravates respiratory tract irritation.

However, to protect your child from serious forms, the best solution remains vaccination: having them vaccinated is important, but it is also recommended that everyone around an infant, and a fortiori a newborn, be vaccinated.

When should baby get the whooping cough vaccine?

whooping cough disease has not entirely disappeared, for lack of a reminder of the vaccine, among other things. The whooping cough vaccine has been compulsory for infants since January 1, 2018. The first injection is given at 2 months. Then other booster doses follow: 4 months, 11 months, 6 years and between 11-13 years. In addition to vaccinating your child, it is important that the parents and those around the newborn can also do so, especially pregnant women. By being vaccinated during their pregnancies, mothers will be able to transmit their antibodies and protect their infants.

Baby can have whooping cough more than once?

Yes, it is quite possible that your baby has whooping cough several times. But by being vaccinated, he will not develop serious forms and his body will be immune. Do not forget the booster doses.