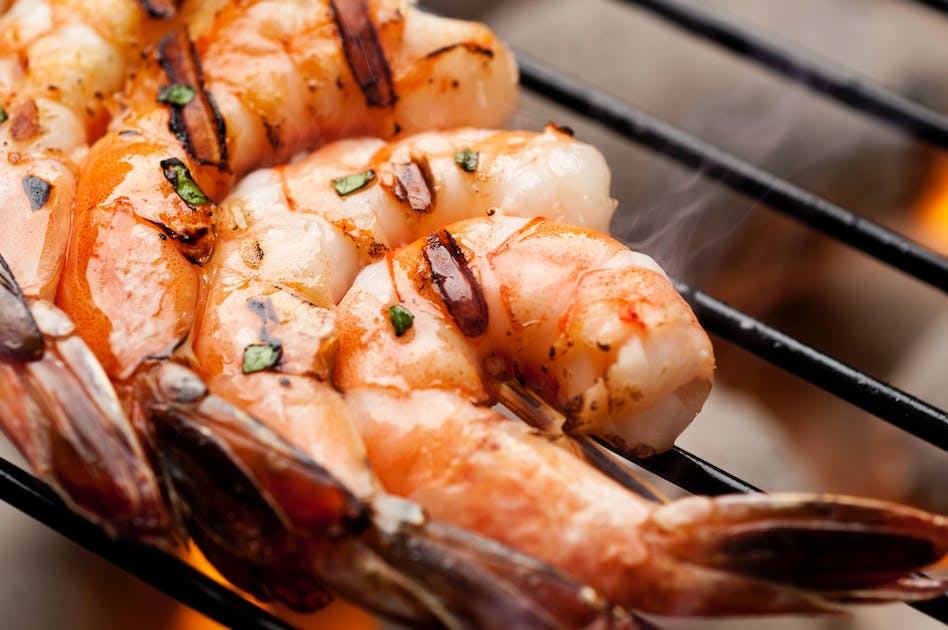 The Expert: Dr Julien Rousseaux, nutritionist at the establishments of the Elsan Group

Oysters, raw fish, homemade mayonnaise, homemade foie gras… We know that these foods are prohibited during pregnancy because they represent a danger for our baby. Why ? They may have been contaminated with bacteria such as salmonella and listeria, which can have serious consequences for the baby, even fatal. We therefore remain very vigilant with our plate and we turn to cooked and pasteurized foods.

And shrimps, are we allowed to eat them during pregnancy? When you are pregnant, they are not prohibited, but on two conditions: they must be extremely fresh and must be eaten well cooked. It would be wrong to deprive yourself of them, because they are full of benefits: pink or gray shrimps are sources of essential fatty acids for baby’s development, proteins, vitamins and minerals.

Can I eat prawns while pregnant?

Shrimp, these generally pink or gray crustaceans, are among the foods “under close surveillance” during pregnancy. You can eat them, yes, but only if they are cooked through.

Prawns during pregnancy, is it allowed?

We love the firm and tasty flesh of cooked shrimp. “If you are pregnant, you should turn to cooked shrimp to avoid being contaminated with Listeria bacteria, which can be particularly dangerous for the baby in utero, because cooking destroys the bacteria”, warns Dr. Julien Rousseaux. We can therefore eat these crustaceans provided they are fresh and well cooked.. “For the baby, the main risk of raw foods such as fish and seafood is exposure to listeriosis. This bacterium, which mainly develops on raw milk cheeses, can, although more rarely, also be present in raw fish. When it crosses the placental barrier, Listeria can lead to infection, miscarriage or death in utero. But, rest assured however, the cases are rare since there are only 5 cases per million inhabitants in France. But we must exclude any risk of contamination by remaining very vigilant, ”explains the doctor.

Can we eat cooked prawns, langoustines, lobster and prawns while pregnant?

As you will have understood, it is quite possible to have fun eating prawns, or even prawns and langoustines, provided you cook them well. To ensure that they are well cooked, we will make sure to buy them very fresh and cook them ourselves, or else to turn to frozen products, already cooked, which we only have to reheat in sauces or broths. “If you cook your shrimp, be sure to eat it quickly to avoid the development of bacteria,” adds Dr. Julien Rousseaux. On the other hand, we avoid taking them to the restaurant, because we do not know the date of purchase of the prawns, nor the method of conservation, nor the state of cooking. Whether for gray shrimps or pink shrimps.

How do you know if the prawns or prawns are cooked?

To properly cook your raw and ultra-fresh shrimp, you will need to immerse them in boiling water for at least 5 minutes. To make sure they are well cooked, observe their coloring. They must be very pink and their flesh must be firm and pearly. If this is not the case, extend their cooking time as desired.

Shrimps for pregnant women, watch out for mayonnaise

Who says shrimp often says mayonnaise to accompany them… And there too, we must be particularly vigilant during pregnancy… Indeed, homemade mayonnaise should not be consumed during pregnancy. Why ? Because it is made from raw egg yolks which can present risks of contamination with Listeria or salmonella, a bacterium which can cause the same damage to the fetus as listeria. However, we do not have to deprive ourselves of it! It can be replaced by industrial mayonnaise, or by an egg-free mayonnaise made from milk, sunflower oil, mustard and white vinegar.

What seafood can a pregnant woman eat?

Most raw seafood is to be avoided for expectant mothers. They can only be eaten cooked through and occasionally.

Can I eat oysters when pregnant ?

Raw oysters are part of the seafood to add to your red list of foods to avoid during pregnancy. “Not only because they can transmit listeriosis, but especially for the risks of food poisoning and therefore the symptoms of acute gastroenteritis, which they can present for the future mother, and which could jeopardize the baby’s health,” warns Dr. Julien Rousseaux.

What can a pregnant woman eat at Christmas?

As you will have understood, for the holidays we turn to pasteurized and well-cooked foods! This still allows you to have fun, while remaining vigilant! As for desserts, watch out for fruit mousse or chocolate mousse, made with fresh egg white, which are also raw foods not recommended during pregnancy.