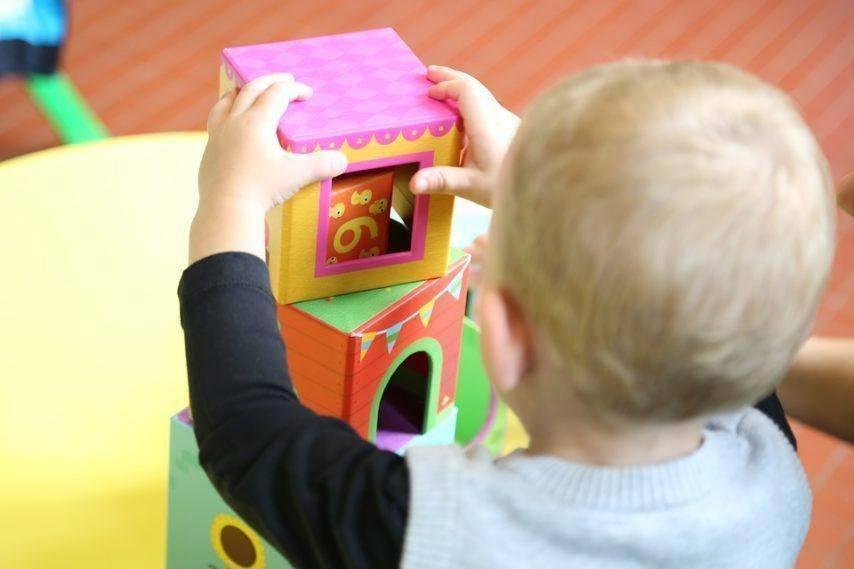 The early childhood, a world of badly paid women… and men? Because if these professions have been open to men since the beginning of the 1970s for educators of young children (EJE) and since the beginning of the 1980s for all professions (childcare workers, childcare assistants, maternal assistants, animators, teachers of nursery schools and specialized nursery school agents, the Atsem), in 2022, men are still or almost always absent.

According to the latest data available, they represent about 2% of the workforce in the sector. And the government would like to change the statistics, according to The Parisian.

According to our information, in the spring of 2023, it will launch a vast campaign to promote these professions. And this also applies to men.

10 years ago, a report from the General Inspectorate of Social Affairs (Igas) already issued the recommendation to encourage more men to work in this sector. “The mere presence of a very large majority of women with small children already constitutes in itself a learning process for the children of the sexual division social roles,” it read.

If the individual is built from habitus integrated and internalized from an early age, the meeting of young children with male professionals providing mothering care and changing diapers and participating in their education within the various structures, appears a necessity to deconstruct the sexual division of tasks and activities.

Also, opening up the sector to more male professionals “would undoubtedly make it possible to question the sexual distribution of tasks and activities between women and men, to deconstruct the ideology of complementarity and to move towards a society that is not more based on the hegemony of one sex over the other”, summarizes the report.

Brigitte Gresy and Philippe Georges, the two authors of the report of the General Inspectorate of Social Affairs, finally suggested setting up, “as in Norway, a deliberate policy of the public authorities to accompany the movement”.

They recommended the creation of “a national mission to promote male employment in these trades”. In particular, it was a question of a number of places reserved for men in the entrance examinations to the schools concerned.

Since the 2000s, the idea of ​​a decree setting an objective of 5 or even 10% men in training for early childhood professions comes back to the ministries. Without ever succeeding.

In another report, from 2014, submitted to Najat Vallaud-Belkacem, then Minister for Women’s Rights and spokesperson for the government, the General Commission for Strategy and Foresight advised him to initiate “a national action plan for the rise in diversity early childhood professions.

It called for an incentive target to be set for the increase in male numbers in training over the next five years, by raising the awareness of public employment service advisers and local missions to support men towards careers in early childhood. . This approach was to be based on a promotional campaign targeted at men undergoing reorientation/retraining/professional reintegration and on the development of appropriate training engineering.

Today, beyond this issue, Cyrille Godefroy, co-secretary general of the National Union of Early Childhood Professionals (SNPPE), points above all to news.fr, ” them issues of wages and working conditions” of this sector.

The trade unionist puts forward a barometer “which shows that there is around 21% difference between the median salary in France and that of early childhood professions”. “You have to understand that early childhood jobs are not just about changing diapers, feeding and putting babies to sleep,” he says indignantly.

Whether you are a home childminder or working in a crèche, professionals must: welcome the parents, welcome a baby, that is to say, listen to them, know the habits of life to welcome a baby in a new unknown environment of the baby when he is barely 10 weeks old (for the youngest).

Above all, Cyrille Godefroy sees, around this debate, that “of an invisible trade”. “Families entrust their child and do not stay with the professionals (this is the very purpose of entrusting them)”, he tells us.

Families entrust their child and do not stay with the professionals (this is the very purpose of entrusting them). From that moment on, we don’t see everything that needs to be done to accommodate 30, 40, 60 children in the same structure. We do not see that the maternal assistant works since he stays “at home”.

In the meantime, the sector is in (very) great tension on the employment front for months. And the horizon is dark.

Many retirements of the baby-boom generation are announced and thousands of posts are to be filled. “44% of retirement among childminders, which are the first mode of reception in France, are announced by 2030”, alarms Cyrille Godefroy.

A commission of experts (chaired by neuropsychiatrist Boris Cyrulnik) had (again) recommended serious consideration of the issue two years ago in a report entitled “The first 1,000 days: where it all begins”.

Neuropsychiatrists, specialists in the education or awakening of children, actors in the field of social support for parents, clinicians specializing in pregnancy and young children, midwives, had once again advised the government to launch a promotion campaign for these professions.

“The increase in the number of places in crèches, particularly in urban areas, is regularly among the first requests of families with young children with regard to political decision-makers”, explained these specialists. Their proposal?

Enhance remuneration and invest heavily in the initial and continuous quality training of early childhood professionals working in collective and individual childcare.

Half of collective crèches short of staff

In July 2022, the National Family Allowance Fund (Cnaf) also drew up a worrying observation of the situation by publishing the results of its national survey on the “shortage of professionals in childcare establishments”.

At the same time, the Prime Minister, Élisabeth Borne, announced last July 200,000 additional reception places and the creation of a “genuine public service for early childhood”. Childcare solutions that will be “close to homes” and “financially accessible”, she had promised, without giving further details…

Was this article helpful to you? Note that you can follow Actu in the My Actu space. In one click, after registration, you will find all the news of your favorite cities and brands.