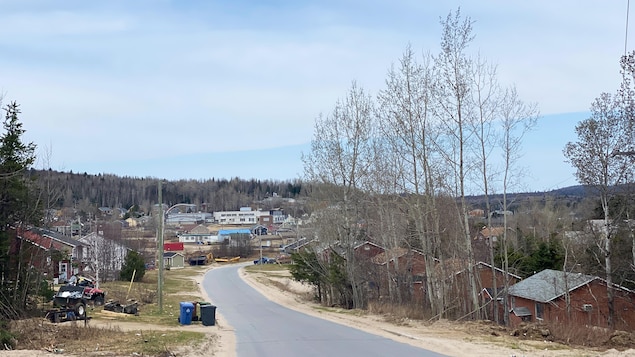 The family had, in April, questioned the diagnosis and long delays in ambulance transport.

In the report, of which Espaces Indiens obtained a copy, coroner Géhane Kamel makes three recommendations, including that of implementing medical evacuation services by helicopter.

This recommendation had already been made by another coroner 13 years ago following the death of a little girl in the same Atikamekw community.

On April 2, 2022, the child was brought to the Masko-Siwin health center in Manawan because he was having seizures. According to the report, his parents had been concerned for two days about his condition as he was showing flu-like symptoms. The nurse then suggested that they administer acetaminophen, but no visit was made.

But when the child started having convulsions, the parents called for ambulance transport. Instead, the nurse asked them to take the child to the health center. After seeing him, she called 911. The child was suffering from febrile seizures with difficulty breathingaccording to the report.

In this context, and given the initial medical assessment, it seems to me very likely that delays of this magnitude had an impact on the child’s survival.concludes the coroner.

Géhane Kamel’s findings are similar to those of another coroner 13 years ago.

Indeed, a first call was made for ambulance transport by the Manawan team around 9 p.m., but no response from them. Another call was immediately made to the teams of Saint-Michel-des-Saints, located 90 kilometers away.

In fact, the Manawan team was in overflow and therefore could not answer the call. And the head of operations for the Manawan sector did not notify of this break in service.

Manawan has only one ambulance, and it has been for nearly four years. It was therefore necessary to call the Saint-Michel-des-Saints team.

Despite priority 1, the latter set off nearly six minutes after the call and took 1 hour 48 minutes to arrive at the Atikamekw community health center and leave half an hour later with the baby in the direction of of the Lanaudière Regional Hospital Centre.

The baby finally arrived there at 2:30 a.m., 5:30 a.m. after the initial call. Considering his precarious medical situationa request was made 48 minutes later for transportation to the CHU Sainte-Justine where the baby will arrive at 5:32 a.m., 8:30 a.m. after the 911 call.

Finally, despite the efforts of the medical team, the neurological prognosis is poor.

The death was pronounced on April 4.

It’s shocking and sad, launches the head of the Atikamekw Council of Manawan, Sipi Flamand, invited to react to the report. The family and the chief already have the report, which has not yet been made public.

The delays of this importance (…) deserve that we think about ways to reduce them and thus prevent this from happening again., also mentions Géhane Kamel. Because the coroner realized that 13 years ago, coroner Jean Brochu had made similar findings.

He looked into the drowning of a two-and-a-half-year-old child in 2009 and then recommended to the Ministry of Health and Social Services examine the relevance of implementing medical evacuation services by helicopter .

I can only subscribe to his concernswrites coroner Géhane Kamel in her report.

Knowing what happened in 2009, but also in 1998, we have not changed. Both in Quebec and in the community, which remains underfunded to meet the needsnotes Sipi Flamand.

In 1998, coroner Paul G. Dionne, who was investigating the respiratory failure of a 24-year-old man, already estimated that if Manawan was better equipped with medication [et] in ambulance transport, and if the staff were trained in the standard suggested by the regional board, it is likely that Mr. [David] Flamand would still be alive today .

Coroner Kamel believes that considering the lack of staff on the evening when the little one required urgent care, the situation should undoubtedly have required an initial assessment which would have favored transport other than land.

Moreover, Chief Sipi Flamand does not understand why the nursing staff did not request evacuation by helicopter, a practice that has already taken place in the past, because in the spring, the road between Saint-Michel and Manawan is difficult to pass, especially for a patient in an ambulance. It is also the responsibility of the governments to put the effort on this road.

The head of the Atikamekw Council of Manawan, Sipi Flamand, still has questions about the events, and does not understand certain decisions that have been made.

Géhane Kamel recommends that the Ministry of Health and Social Services complete, as soon as possible, this vast project to transform pre-hospital emergency services, including helicopter transport, so that patients in critical condition in remote regions can benefit from these services in the near future.

According to the coroner, the MSSS is currently working on it.

For its part, Manawan began discussions with Airmedic in May to have a heliport and offer medical transport services. In addition, Sipi Flamand recalls that during the Viens commission, the community had asked to have not just one ambulance, but two. He thinks three would be better, plus the helipad.

” It’s a necessity, but it takes provincial and federal funding. »

Breaking out of established frameworks

Géhane Kamel also recommends to Manawan dispensary to ensure that the clinical assessment of the patient is made taking into account the level of priority granted and that the right means of transport is preferred in order to reduce transfer times, if the transfer of the latter is required to a health facility due to the urgency of the situation.

Practices need to be reviewedadds Sipi Flamand, especially when a child’s health is at stake.

The coroner also believes that we must think about solutions outside established frameworks.

She suggests exploring a significant avenue : the creation of a cohort in prehospital care dedicated to members of the First Nations, like the police cohorts.

It therefore recommends that the Ministry of Higher Education evaluate this possibility in order to compensate for the lack of staff in remote regions.

The Chief of Manawan considers that these three recommendations are realistic to implement. But for that, he says, it takes the participation of both governments.