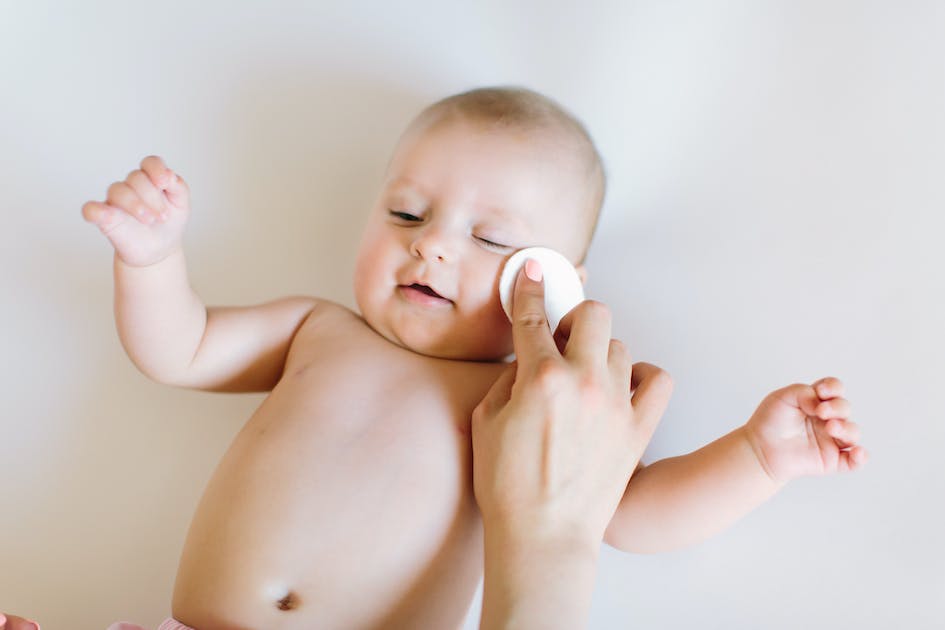 Also called “oleo-calcareous liniment”, liniment is an emulsion used for washing the baby’s bottom. A treatment much appreciated by parents which, contrary to popular belief, is not intended to cleanse, but rather to soothe and moisturize the child’s buttocks. Explanations.

What is oleo-calcareous liniment? What composition? What is it used for in infants?

Traditionally, liniment is made from 50% olive oil and 50% lime water. A short and ancestral formula, which seduces parents in search of naturalness and whose basic pH makes it possible to compensate for the acidity present in the baby’s urine and stool. This sensitive area is thus protected from variations in pH and possible irritations such asnappy rash.

To boost its effectiveness, many brands enrich the formula of their liniment with various ingredients: for example beeswax at Joone, to nourish and protect the buttocks, or calendula at Weleda, for its soothing and softening.

Avoiding diaper rash: how and when to use oil-limestone liniment properly?

The liniment is applied using a cotton ball or a cloth on the previously cleansed and dry buttocks. Indeed, if its moisturizing properties allow it to easily remove residues, it does not contain any washing product, and is therefore not intended to wash the seat of babies, especially when the diaper contains stool.

Effective in preventing diaper rash (or diaper dermatitis), the appearance of redness, or to soothe the friction of the diaper, the liniment, thanks to its alkaline pH and its formula enriched with nourishing vegetable oil, will play the role of protective barrier by leaving a protective film between the baby’s skin and the stools and urine present in the diaper. It is therefore important not to rinse it after application.

Making your own liniment: precautions to take before doing it

If the formula is short and seems simple, beware of lime water. Indeed, in the event of an overdose, it can have a corrosive effect and cause irritation or, in the most severe cases, burns at the level of the seat.

There is also mistrust regarding the use of essential oils, which are not recommended for babies and children.

Change of baby: which liniment to choose?

It is important to understand how to read the label of skincare and beauty products before choosing your liniment. The product components are listed in descending order. That is to say, the first ingredient in the list is the one that will be present in the greatest quantity.

We will favor a short formula, without perfume, in order to guard against a risk of allergy in children, and tested under dermatological control.

Liniment as a massage product

This moisturizing emulsion with a rich texture can also be used daily to massage your baby and thus appease him. Heat a small amount of product between your hands before applying it, to prevent it from getting cold, and remove your jewelry so as not to risk irritating your baby’s fragile skin.

Use on the face: liniment, effective against cradle cap

A common phenomenon, milk crusts usually appear on the scalp, eyebrows or forehead of newborns. Benign, they are generally due to an excess of sebum. The application of the liniment in the form of massage a few hours before the bath will make it possible to soften them, and thus to get rid of them easily at the time of the toilet.