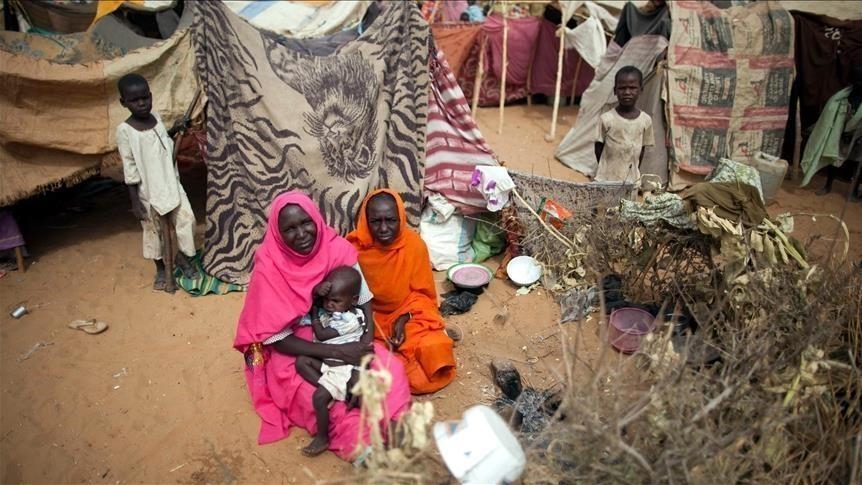 In West Africa and the Sahel, the future of children is very threatened because of the quality of the food they receive from an early age, whether they come from rich or poor families. In any case, this is demonstrated by the 2021 United Nations World Nutrition Report.

Nearly a third of children aged 0 to 5 in West Africa were stunted in 2020 due to chronic malnutrition, this report reveals.

“It is in fact the percentage of children under five whose height for age is more than 2 standard deviations lower than the median height for age of the reference population. The widest gap is in Nigeria, where the prevalence of stunting is three times higher in the poorest households,” says a Maps & Facts from Club du Sahel et de l’Afrique de l’Ouest (CSAO /OECD), an independent international platform whose mandate is to promote regional policies capable of improving the economic and social well-being of West African populations.

This Maps & Facts, published on the organization’s social accounts at the end of October 2022, specifies in a worrying way the seriousness of the consequences of this situation for the sub-region in the future and calls for actions to avoid the worst.

For Jill Bouscarat, an analyst of food systems transformation, youth employment and women at the secretariat of the Sahel and West Africa Club (SWAC) based in Paris, joined by the Anadolu Agency, the Maps & Facts is created to “break the silence on this phenomenon” which has lasted for several years and which has “exacerbated with the Covid-19 pandemic”.

“We work on all aspects of food and nutritional insecurity in the West Africa and Sahel region. And we can say that the problems of malnutrition and stunting of children in West Africa over the past two decades have only worsened since 2020 with COVID-19 and the growing insecurity that has taken place. settle there,” she said.

She explained that SWAC/OECD’s objective is to make these figures “available” to the public and to decision-makers in order to draw their attention to “general and specific aspects, to get them to take the right decisions through development policies, programs and projects designed and implemented in the region”.

According to Koffi Zougbédé, Togolese economist at the SWAC/OECD secretariat contacted by the Anadolu Agency, “the exacerbated evolution of the issue of the food crisis in the West African region for several years because of poverty as well as growing insecurity that has become structural” are the main causes of chronic child malnutrition.

To all this, we can add, he continues, “conjunctural factors such as climatic issues with the irregularity of rains and floods”.

“These cyclical and structural causes make food and nutritional insecurity of children a concern in the West Africa and Sahel region,” adds Koffi Zougbede.

The Togolese economist also thinks that women, since the conception of their baby, do not add quality to quantity in their diet.

“In the West African sub-region, there are staple foods such as rice, maize, pasta, etc. which allow people to have a sufficient energy supply, but not always balanced from the point of view of nutritional. There is often not enough meat, milk, vegetables and fruit for a completely balanced diet. And when a pregnant woman doesn’t eat well, the baby doesn’t eat well either,” he says.

Many children are therefore probably chronically malnourished even before they are born. After this stage, the risk still presents itself at several other stages of their growth, according to the Beninese agro-nutritionist expert Fiacre Alladaye.

He states that “if the child is not fed exclusively with breast milk during the first six months”, there is a good chance that this form of malnutrition will set in at this stage of its growth.

“Many children are in this situation, because in West Africa, very often, women, sometimes under pressure from grandparents, especially mothers-in-law, try very quickly to introduce water, herbal tea or other in the diet of newborns. Unfortunately these are things that slow down the normal growth of children”, recalls this expert who works on a daily basis alongside the Beninese NGO Family Nutrition and Development.

From six months to two years, he continues, “the child must really benefit from a complementary diet (rich and balanced) to cover what the mother’s milk can no longer provide in terms of nutritional needs. Which unfortunately is not often the case in the countries of the West African sub-region. This causes this malnutrition to gradually set in”.

“It is only after two years that children should be subjected to family meals. Unfortunately, once again, we find that the meals are not prepared taking into account the nutritional needs of children. Most of them eat the same meal as that reserved for adults. This means that it is at each stage of the child’s growth that the problem of chronic malnutrition, which we still call stunting, arises. It even happens that we witness excesses. Since the diet is not balanced, it is not nutritious, there are excesses and the children can gain weight with irreversible consequences for their future,” explained Fiacre Alladaye.

Under these conditions, it is tomorrow’s succession that is sacrificed, laments Koffi Zougbédé. For us to get what we expect of them tomorrow, he continues, it is from birth that we must take care of them with a balanced diet, in sufficient quantity and quality.

“The lack of this food automatically affects the development and growth of the child”, maintains the Togolese economist in post at the secretariat of the Sahel and West Africa Club.

“And stunting can cause irreversible brain damage in children, chronic diseases, malformations; hamper their ability to learn, and therefore to generate decent income; threaten its social and civic future. When stunting becomes widespread, it also becomes a threat to the future of entire countries,” adds his colleague Jill Bouscarat.

The Beninese Fiacre Alladaye adds that a stunted child is a child who has not had the chance to see “his brain set up properly. He cannot therefore have the same capacities for functioning, reflection, reflexes or even invention as the others. Consequently, it is a child who is not complete. He has limited abilities and his future is in jeopardy.”

– A threat to the future of the sub-region

The Beninese agro-nutritionist affirms that by allowing this situation of chronic child malnutrition to continue, the West African sub-region is dangerously compromising the chances of its future development.

“We cannot build a country, we cannot build a region with men and women who do not have their full potential. We cannot claim development if today we do not solve the problem of chronic malnutrition in the West African sub-region,” Alladaye said at the microphone of the Anadolu Agency.

“It is therefore necessary to resolve these nutrition problems and ensure that the sub-region has the potential available for its development. Effective human capital, capable of thinking, innovating and even taking responsibility for the challenges of our century. When this human capital is unable to take charge, to make efforts, to reflect, to build, to build, to innovate and to move forward, it is the future of the whole African continent. which is at stake. There is reason to be alarmed and to call for a wake-up call, ”he adds

To “reverse the trend”, he calls for a change in mentalities and actions. To the rulers and partners of the various West African countries, he proposes to “review the various projects and programs that are implemented” and massively sensitize families, who are opposed, for example, to the exclusive feeding of children with breast milk until at six months, to join.

“The level of education of women who are in charge of child nutrition is one of the handicaps. This level being generally low, they do not really perceive the dangers of chronic malnutrition when it is explained to them. We will therefore have to find a solution by further educating women on this subject,” advises Alladaye.

To deal with the lack of means, he finally calls on families to set up in a corner of their homes “a home garden to grow the vegetables we need”, to set up small livestock and to have animal proteins for the children (eggs poultry and others).

“Nutritious foods are beyond the financial reach of a large majority of poor households in the region, and there are wide variations in affordability between and within countries,” she recalled.