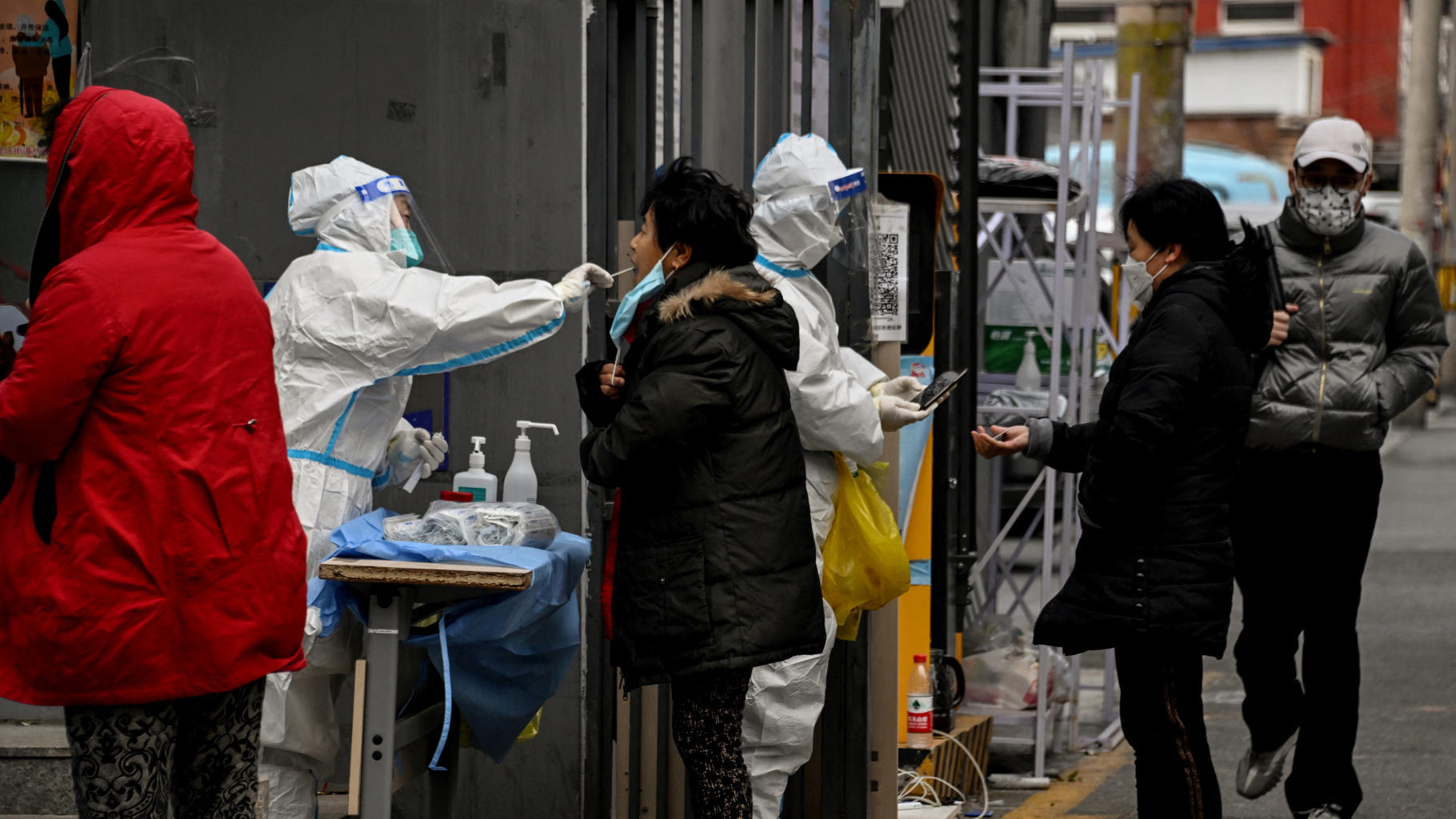 While unprecedented demonstrations have taken place in China since the end of November, the government is easing its “zero-covid” policy. (Pictured: Residents get tested in a residential area under lockdown due to Covid-19 coronavirus restrictions, in Beijing on November 29, 2022.)

Chinese anger and frustration at Beijing’s drastic health policy have boiled over into mobilization on a scale not seen in decades. Protesters eventually won their case, and several cities began easing health restrictions. Among them is the abandonment of daily mass testing, one of the tedious pillars of life under the reign of the “zero-Covid”.

From Friday, the southwest metropolis of Chengdu will no longer require a recent negative test result to enter public places or ride the subway. They will only be asked for a health pass at the green, confirming that they have not crossed an area “high risk”.

In the capital, Beijing, health authorities called on hospitals on Thursday to stop refusing care in the absence of a negative PCR test dating back less than 48 hours. In recent months, care or relief has been delayed by strict anti-Covid measures. The recent death of a four-month-old baby stuck in quarantine with his father has shocked many in the country. In January, a pregnant woman from the city of Xi’an also lost her baby, after the hospital refused to take her in for lack of a PCR test.

These deaths have been a rallying cry during the protests. A social media post had gone viral listing the names of everyone who died due to neglect related to health restrictions.

This city of more than four million people has suffered one of the longest lockdowns in China, with some neighborhoods closed in early August. An apartment building fire on November 26 killed 10 people there, and restrictions have been blamed for delaying relief.

In an analysis published Friday by the People’s Daily, an organ of the ruling Communist Party, several health experts support the measures taken by some local authorities to allow positive cases to remain in quarantine at home. This is a dramatic change from the rules that prevailed until then, which in much of the country still require infected people to be confined to government facilities.

The industrial city of Dongguan (south) announced Thursday that people filling out “specific conditions” should be allowed to remain in home quarantine, without specifying what those conditions are. The tech megalopolis of Shenzhen, also in the south, rolled out a similar policy on Wednesday.

At the national level, government officials have also signaled that a broader relaxation of the policy could be considered. Speaking to the National Health Commission on Wednesday, Deputy Prime Minister Sun Chunlan acknowledged the low risk of the Omicron variant and the improvement in the vaccination rate, according to the state-run Xinhua News Agency.

This is why China’s approach to the virus “faces new circumstances”, she said. A central figure in China’s pandemic strategy, Sun Chunlan made no mention of politics “zero Covid”giving hope that this strategy, which for three years has upset the lives of the Chinese and the economy of their country, would soon be relaxed.

See also on The HuffPost: