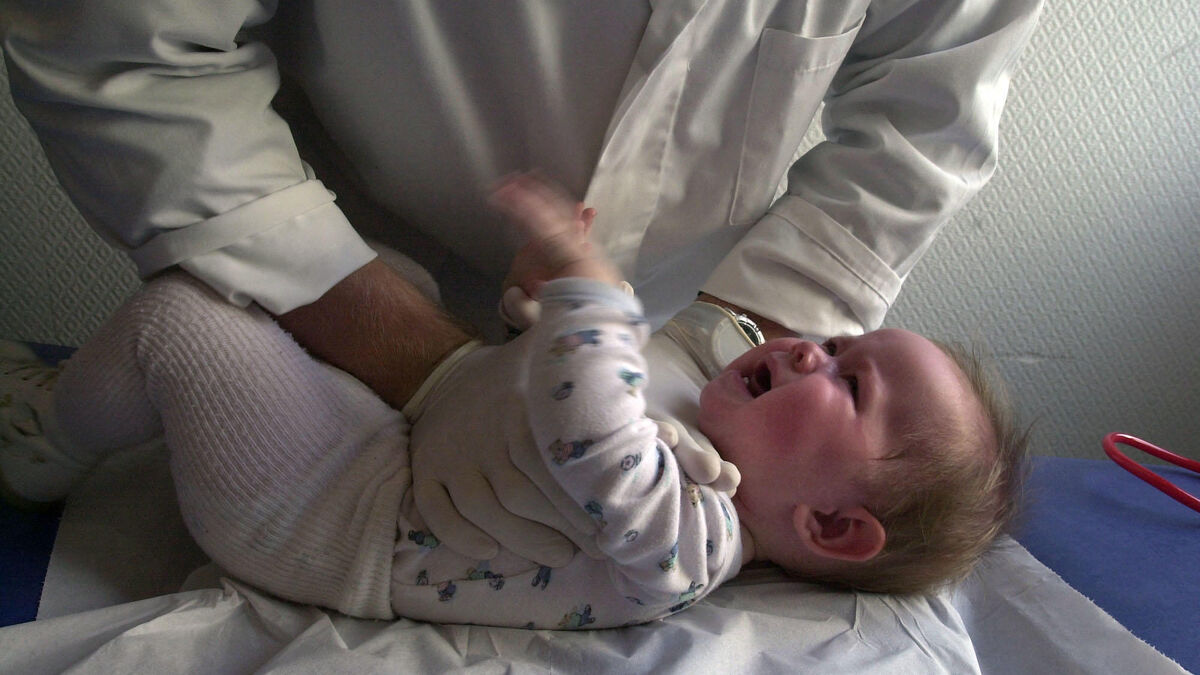 Winter is often synonymous with viruses and runny noses. Often mild symptoms but which, in children, can turn into bronchiolitis, a disease that can lead to hospitalization. The country is currently in the midst of an epidemic phase and no region, apart from Corsica, is spared, according to the latest bulletin from Public Health France. A disease which, for the second consecutive year, returns stronger and earlier than usual.

Result: overwhelmed pediatric services, with more than 4,000 emergency visits in one week. However, there are simple actions to limit the risk of contaminating toddlers.

What are we talking about ?

Bronchiolitis is an inflammation of the bronchioles, which can be caused by several viruses, mainly the very contagious respiratory syncytial virus (RSV) and the rhinovirus. “It is therefore preferable to speak of bronchiolitis, in the plural”, specifies Doctor Sydney Sebban, pediatrician in a practice in Paris. Depending on the cause of the disease, treatment and healing time will vary.

Infants and children under 2 years old are the most affected. Bronchiolitis can be very dangerous, especially for children under 3 months old, very premature babies or infants with chronic illnesses. To gauge the potential severity of the disease and assess its stage, doctors ask parents about the child’s family history and environment. “The goal is not to make the wrong diagnosis,” says Dr. Sydney Sebban.

Signs that should alert

“The respiratory symptoms are similar to those of asthma,” reports Dr. Sydney Sebban. Cold, cough, fever are the first signs. “They will not necessarily evolve into bronchiolitis. But you have to consult a doctor, who will call for the vigilance of the parents, ”advises Professor Philippe Reix, head of the pediatric pulmonology and allergology department at the Lyon University Hospital. Two or three days later, a dry cough may occur, with breathing difficulties. This is the beginning of bronchiolitis.

How to limit the risk of contagion?

On hands, toys, stuffed animals, pacifiers… “RSV is able to remain active on inert surfaces for several hours”, emphasizes Professor Philippe Reix. This is why it is essential to wash your hands and clean the toys regularly.

If children intensely share germs between them, making crèches places of contamination, the oldest have their share of responsibility in the transmission of germs. Adults and older children with RSV usually show no signs. They carry the virus unknowingly and give it to another through saliva, coughs and sneezes.

To limit the risks, we must therefore respect the barrier gestures that the Covid has made us so familiar with: wash your hands very often, air the rooms, wear a surgical mask, avoid kissing the baby.

How do we treat it?

In the majority of cases, bronchiolitis heals spontaneously in less than ten days. Treatments for cough and fever may be prescribed to improve the child’s condition. Treatments are also recommended, such as cleaning the nose. “Nose washing does not treat bronchiolitis but helps the baby to breathe”, explains Doctor Stéphanie Bui, pediatrician at the Bordeaux University Hospital.

The technique taught to new parents at the maternity ward involves placing the child on its side and injecting saline into its nostril. It is important to release the nasal voices of the infant, because “he does not know how to breathe through the mouth until 4 months, the age of food diversification”, adds Dr. Pauline Gallet, pediatrician at the Bordeaux University Hospital. Nose washing should be repeated about six times a day.

Since a study conducted in 2019, respiratory physiotherapy is only prescribed in certain limited cases, such as repetitive bronchiolitis. It is a technique of pressure on the thorax which makes it possible to unclog the bronchial passagess.

There is also a vaccine, but it is reserved for children at risk, including premature babies, and requires several doses. An antibody, developed jointly by the British AstraZeneca and the French Sanofi, which will market it in France under the name Beyfortus, should soon be available. The manufacturers’ promise: to protect infants throughout the RSV circulation season.