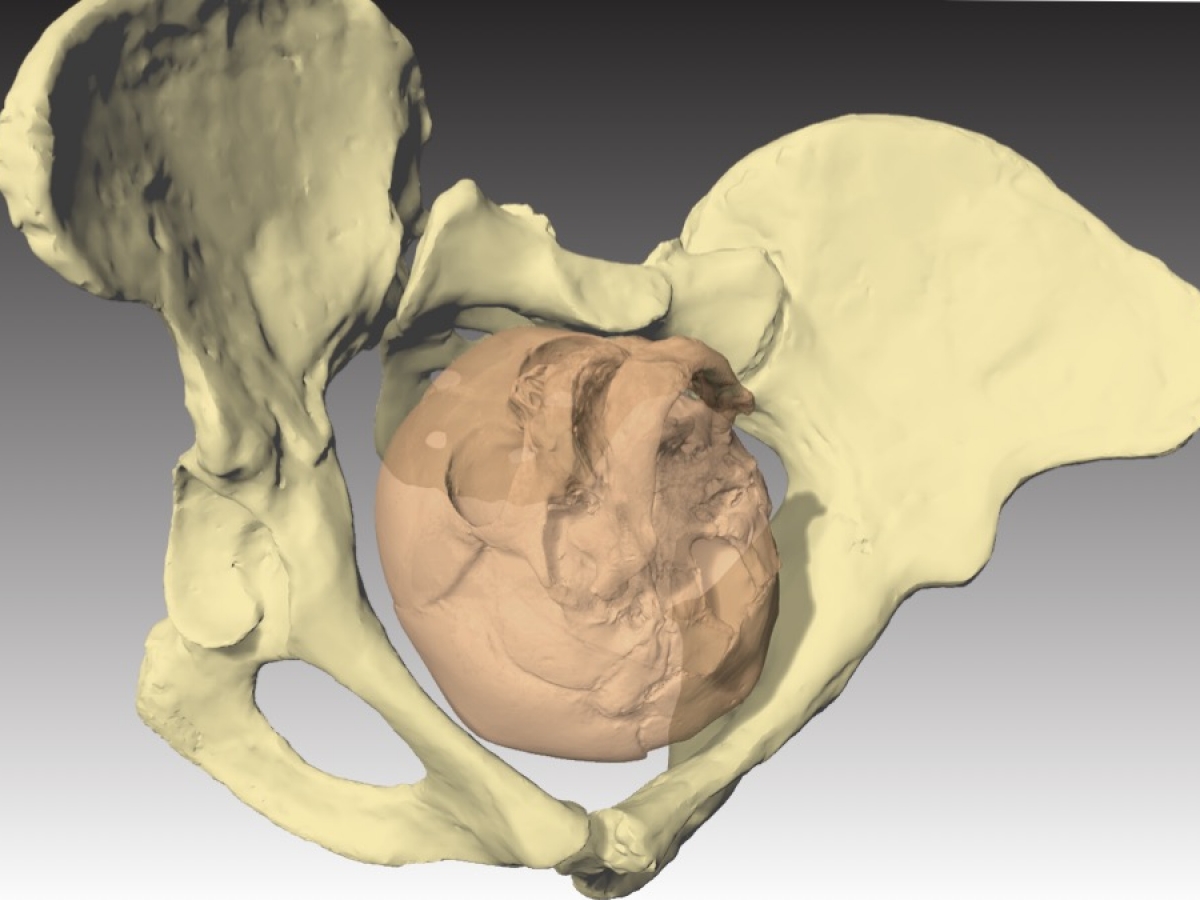 Lucy is undoubtedly the most famous of the pre-humans. Its skeleton, found in 1974 by Yves Coppens, Donald Johanson and Maurice Taieb, on the site of Hadar, in the northeast of Ethiopia, was dated at 3.2 million years and attributed to the species of Australopithecus afarensis. A time considered the “grandmother of humanity”, she is now seen more as an old distant cousin.

“A flower“, in the words of Yves Coppens, among the many lineages that preceded the rise of modern man, Homo sapiens. But from Lucy we can learn a lot about our evolution and the factors that influenced it. Thus, Pierre Frémondière of the “Bio-cultural Anthropology, Law, Ethics and Health Laboratory”, also a midwife and teacher, was interested in the consequences of bipedalism on brain maturity at birth.

Paleo-obstetrics or the study of thousand-year-old parturients

The human newborn is characterized by a high degree of immaturity and a need for parental assistance to ensure its survival and development. A “prematurity” linked to a small size of the skull at birth compared to that of its adult size. This birth disadvantage is imposed by the complexity of the anatomy of the human maternal pelvis: whereas in great apes childbirth is very easy because the fetus travels an almost straight path in the birth canal, in women it is forced into flexion and rotation movements.

What is the origin of this complexity and what is the influence of bipedalism on it? This is the question posed by Pierre Frémondière who, to answer it, summoned the skeleton of Lucy. “Australopithecines are a good subject of study because they had already opted for bipedalism but kept rather small brains, even in adulthood” he explains. For this fossil group, it is therefore possible to study the influence of bipedalism on the proportion of neonatal cranial size compared to adult size.

No small feat: the rare Australopithecus fossils discovered are composed of scattered bones and bone fragments. Several months or even several years are sometimes necessary to reconstruct them and this work also depends on the interpretations of paleontologists and not all of them agree. Thus for this study, 4 different reconstructions of Lucy’s pelvis were used plus those of two other Australopithecines (Australopithecus africanus and Australopithecus sediba). For each of them, numerical simulations were then produced with different skull sizes corresponding to cerebral masses of 180, 145 and 110 grams.

Verdict: none of the basins allows the eutocic delivery of a neonatal skull with a mass of 180 g. At 145 g, only one of the pelvises causes difficulties and for 110 g, all births are easy. “The simulations indicate that australopithecine babies also had a small cranial size at birth compared to adulthood. We calculated a ratio of 29% (24%-34%) similar to that of humans, while in non-human primates, especially great apes, it is 42% to 44%.“says Pierre Frémondière.

These results, published in the journal Communications Biology, make Australopithecines secondarily altricial hominins: their newborns are not able to survive without assistance and their brain develops mainly after birth. A conclusion which is in line with a 2020 study for which paleontologists looked into the endocranium of Selam, the “oldest child in the world”. Aged 2 years and 4 months, examination of casts of his cranial vault suggested a period of prolonged brain development and therefore a long dependence on parents.

This secondary altriciality, which today is specific to modern humans, would therefore have appeared very early, even before the appearance of the genus. Homo. It seems to result from the adoption of bipedalism, which has led to anatomical restructuring of the mother’s pelvis and generated selection pressure leading to the birth of immature babies in HAS. afarensis, africanus, Where sediba.

“An immature newborn implies a strong parental investment, especially from the mother during lactation. An energy burden that can be lightened by the participation of the group. These early social behaviors, which specialists call ‘cooperative child care’, probably provided a favorable environment that secondarily allowed for the increase in brain volume observed in the human line.“, concludes Pierre Frémondière.