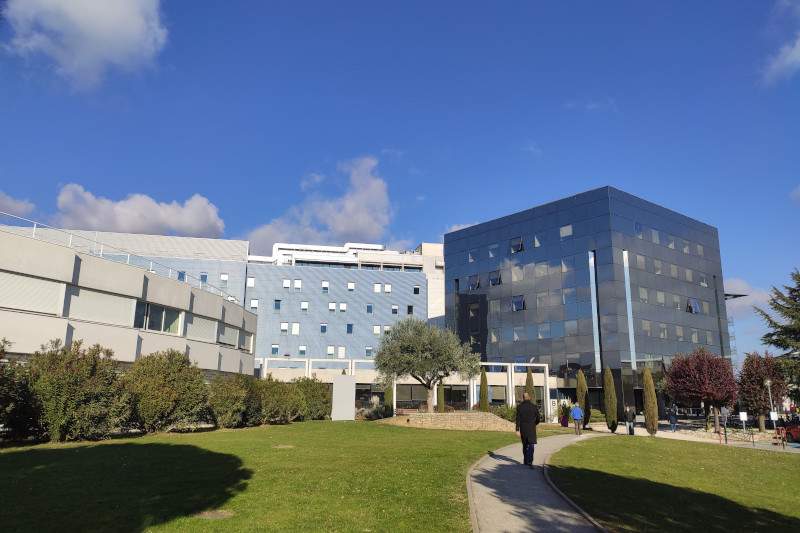 Dr Jean-Yves GRALL, Director General of ARS Auvergne-Rhône-Alpes announces the creation of a new unified Ardèche-Drôme Territory Hospital Group (GHT) based on a shared and structured medical project both around 6 care lines and an enhanced local offer. This GHT aims to concretely improve patient care and pathways

The development of this GHT is accompanied by an investment plan which, in addition to the projects already established, supports two new real estate projects of nearly 200 million euros for the renovation of the hospital centers of Aubenas (Ardèche) and Montelimar (Drome).

Objective and ambition of a regional hospital group

A territorial hospital group (GHT) is a system that promotes cooperation between the public health establishments that make it up, on the scale of a given territory. This cooperation takes place around a medical project shared between the member establishments, which aims to better distribute the care activities between the structures, to better organize the care of the inhabitants (in a gradual manner from routine local care to highly specialized and cutting-edge activities), to improve the quality and safety of care and, ultimately, to provide better care.

Essential cooperation between all establishments in the Ardèche and Drôme departments for equal access to specialized care.

Today, it appears that access to certain specialized and very technical disciplines must be reinforced or even developed for the benefit of the 800,000 inhabitants of Ardèche and Drôme. The objective is to ensure fair access to quality care for all and to secure the management of urgent or serious illnesses such as strokes, heart attacks, cancers, illnesses requiring resuscitation.

For Dr Jean-Yves Grall, Director General of ARS Auvergne-Rhône-Alpes, “this strategy of providing broader care and this cooperation between health professionals can only be done through a new hospital group of unified Ardèche-Drôme territory with professionals who share the same medical project for the population“. It is in this sense that he had proposed to the establishments of the two previous GHT* to think about a medical project structured around 6 care sectors which could be the base of this new grouping.

*Excluding CH d’Annonay which is part of GHT Loire

A unified and reinforced hospital group, around the hospital center of Valence as a support establishment

After extensive consultation with the players in the territory, the supervisory boards of the 19 health facilities concerned have issued in recent days a unanimous favorable opinion for the creation of this new grouping which will be officially installed at the very beginning of 2023.

Thus, the hospital center of Valence, a support establishment for this GHT, and which has the authorizations to perform technical procedures, aims to strengthen the 6 referral channels by involving the medical teams of the 4 pivotal hospitals in Ardèche and Drôme — Montélimar, Privas, Aubenas and Romans:

This organization will also offer the advantage to all establishments of benefiting of a common information system : shared medical files, consolidation of tele-expertise, etc., which will make it possible to obtain even better monitoring of patient care pathways.

Under the impetus of the CH of Valence as a support establishment, each establishment in Ardèche and Drôme will have its place in the animation and life of these care sectors.

In addition to this recourse for acute specialties, proximity represents the essential needs of the inhabitants, in particular the care of the elderly. It is in this sense that Dr. GRALL wanted the autonomy of each pivotal establishment to be strengthened within the GHT, which provides this local care, each in conjunction with the establishments in its territory:

Major real estate investments, supported by the ARS, which will make it possible to consolidate this strategy of local care and specialized sectors in the two departments

For the CH of Montélimarthis real estate investment of 120 million euros must make it possible to restore coherence to the site which has undergone numerous architectural transformations over the past 40 years and which brings together buildings that are sometimes very old and others more recent.

For CH Aubenasthis investment of 70 to 80 million euros will enable the establishment to have a high-quality technical platform for surgery and maternity, which will contribute to the quality and safety of care. It will also help to humanize the premises and thus allow a much more dignified reception of patients. Finally, it will make it possible to improve the quality of life at work for professionals and thereby their attractiveness.