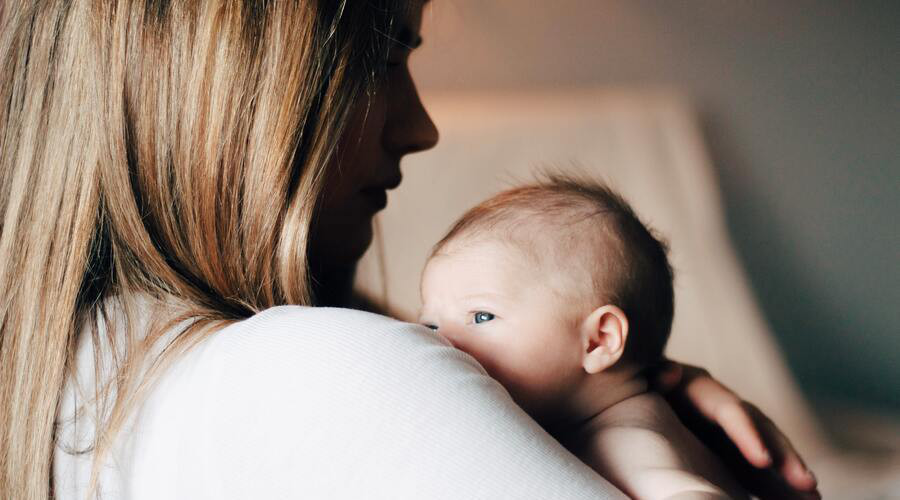 Proximal mothering, what is it?

Before looking at what it involves, it is worth defining what proximal mothering is. The latter is based on the notion of interaction between a parent and his child. An interaction which, according to Dr Anaïs Ogrizek, is based on “tactile, kinesthetic and rhythmic communication channels (Stork, 1986)”.

Proximal mothering is thus embodied by gestures such as “manipulation of the baby’s body by the parent via stimulating massages, skin-to-skin, carrying (often tonic and dorsal), late exclusive breastfeeding, co-sleeping [partage de chambre ou de lit] and less solicitation of the baby’s gaze, often for the purpose of protection in connection with ancestral cultural beliefs. »

In this perspective, “it should be differentiated from the so-called “distal” mothering often favored in our Western societies, in which visual and auditory exchanges between the parent and their baby are mainly favored, to the detriment of other registers. Babies are kept at a distance from adults and their bodies and the adult-baby relationship is mediated by third-party tools (pushchair, cradle, bottle, pacifier). »

And if, in certain cultures, proximal mothering allows “the parent to continue his daily activities (work in the field, taking care of the household, etc.) while allowing him to take charge of his baby (via the active dorsal carrying for example)”, in France, means such as “parental leave” have been developed to encourage the practice of more distal mothering.

A balance favoring distal mothering would have been built in our Western societies, but does this mean that proximal mothering is not compatible for all that? Things are probably deeper than they appear.

So, what would be the benefits of such a practice?

The benefits of proximal mothering

Unlike an “overly” fusional relationship between a parent and their child, the consequences of which are not always good, proximal mothering is, for Dr Anaïs Ogrizek, “an ancestral and healthy mothering technique”.

An ancestral technique, which calls for stimulation and development of both the body and the motor of the child, but not only. “On the olfactory level, it [l’enfant] is strongly bathed in the daily environment of its parent and its body odor during the portage. In terms of taste, it is also very impregnated with certain flavors from its mother’s diet (spices, for example) via breast milk during breastfeeding. »

An awakening from all sides which would be supplemented, according to Dr Anaïs Ogrizek, by a propensity to “according to certain studies, favor the earlier acquisition of certain skills by the child (walking, cleanliness) rather than others (look, language) (Bril & Lehalle, 1988; Guidetti et al., 2002). However, ultimately, studies show a homogenization of acquisitions in children, regardless of the mode of mothering adopted by the parent (Whiting et al., 1979; Whiting & Child, 1953). »

According to Dr Anaïs Ogrizek, the vision of society has a role to play: “Our intentionality, in Western culture, of wanting to work on the separation and empowerment of the child at all costs and very early on, is very culturally normative, and rooted in individualistic norms. The mode of proximal mothering, for its part, is anchored in collectivist functioning societies for which anchoring to the group, of which the mother constitutes the essence, is the fundamental principle with no age limit. »

In this perspective, when the bond with the mother is considered to be sufficiently constituted and solid, namely usually after the acquisition of walking […] the child is considered ready to discover the world, and can go about their business relatively freely within the community, which is always present and supportive around the child in a form of community extension of proximal mothering”

What future for proximal mothering?

Proximal mothering is an ancestral technique, but is it destined to last? According to Dr Anaïs Ogrizek, like all practices, it must follow the fluctuations of a society, a way of life, a family: “in terms of culture, everything is a question of transmission, adaptation and evolution and it is therefore normal for mothering to evolve accordingly. »

In France, distal mothering is gradually beginning to change, to become entangled with more proximal mothering techniques supported by “a form of crossbreeding of mothering techniques, in connection with the mixing of populations, socio-cultural evolutions and also the emergence of new family models (co-parents in the context of homosexual couples). »

For the future, interbreeding therefore seems, according to the child psychiatrist, a point on which it could be interesting to base oneself, in order to feel free to constitute “one’s own type of mothering in connection with one’s own cultural affiliations, one’s own constraints environment, its own family model and its own desires! »

What if deep down, that wasn’t the best of relationships?