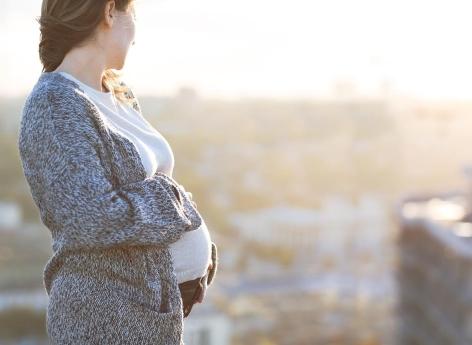 Polluted air can affect children’s health even before they breathe it. According to a recent Taiwanese study, exposure to fine particles, the main sources of air pollution, during pregnancy may well cause delays in the neurological and motor development of the infant.

To reach this conclusion, the details of which have been published in the scientific journal Developmental Medicine & Child Neurology, the researchers assessed the health and cognitive status of some 17,000 infants born at term and without congenital malformations, at the age 6 months and 18 months. After taking into account several adjustment variables (smoking, physical activity, diet, etc. of the parents), they then compared their results to the levels of air pollution recorded in the parental home during pregnancy. Namely the rate of fine PM2.5 particles (less than 2.5 microns in diameter suspended in the air), capable of penetrating deep into the lungs and the bloodstream.

The results were clear: each increase of 10 micrograms per cubic meter (10 μg/m3) in exposure to these fine particles during the second trimester is associated with “a 9% increased risk that the child will suffer from a delay in their gross motor neurodevelopmental milestones”which involves different faculties that an infant acquires during the first months of life, such as standing in a sitting position, crawling, walking, jumping…

The impact of air pollution is also deleterious, at a similar level, “on the development of fine motor skills”, which allows you to make precise movements, manipulate objects or even draw. That’s not all: babies whose mothers have breathed polluted air during pregnancy suffer from a certain delay in terms of “personal and social skills”notes the study.

“Protecting children from air pollutants must begin during their mother’s pregnancy”warns the study’s lead author, researcher Yue Leon Guo, of the National Taiwan University Medical School and Hospital, in a statement.

It is far from the first time that air pollution, to which nine out of ten people in the world are overexposed, has been accused of hindering the healthy development of infants. Several studies had shown in particular that exposure to air pollution during pregnancy could lead to epigenetic changes in the placenta and thus endanger the health of the fetus, but also alter the DNA of babies before their birth or increase the risk that they will suffer from asthma afterwards. Not to mention the problems of high blood pressure, deterioration of the lungs, low weight of the newborn, premature birth…