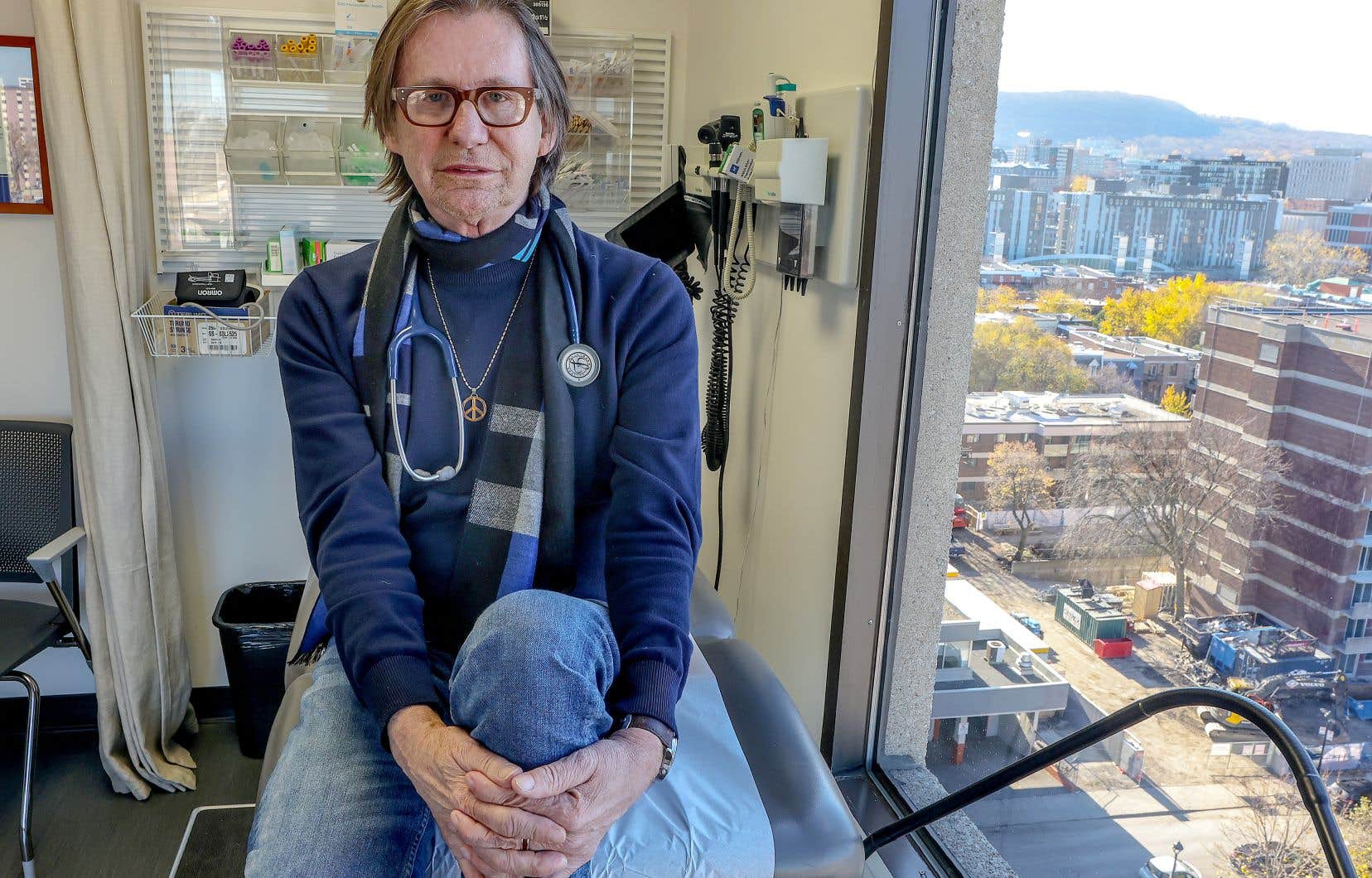 A rare case of HIV transmission to a newborn baby has just been observed at the CHU Sainte-Justine, and it could be explained by the late treatment of a migrant. The growing number of women in this situation puts their health and that of their unborn child at risk, doctors lament.

Last month, this infant had to be delivered by caesarean section, a procedure of last resort aimed at preventing transmission when the mother’s viral load is deemed too high at the time of delivery. Despite this intervention, the newborn contracted the virus, laments the DD Isabelle Boucoiran, obstetrician-gynecologist and director of the CHU Sainte-Justine Infectiology Center.

Antiretroviral treatment, administered late in pregnancy, did not prevent transmission in utero to the baby.

The DD Boucoiran is worried about seeing more and more HIV-positive migrant women being referred too late, with advanced pregnancies. She fears that administrative reasons, in particular the interval between their arrival and the completion of their HIV test by Immigration Canada, or the time taken to receive the result, partly explain this situation. While waiting for papers, some do not know that they are entitled to essential care to avoid the same diagnosis for their child.

“Some say they have not received the result from Immigration Canada when they arrive here, denounces the DD Boucoiran. However, a pregnant woman infected with HIV, it is urgent to transmit her results! It can change everything, both for the mother and for the child. There, not only do we scrape through our drawers to pay for their medication, but we do caesarean sections to avoid the worst. It’s not an optimal situation, ”she says.

The little one born last month at the CHU Sainte-Justine is one of the rare cases of HIV transmission from a mother to her child reported in Canada, which has counted about five per year since 2013.

“This child will have to take medication for life, there is no possible cure. He will be followed and will have to live with this stigma all his life. It’s very difficult to talk about it in some communities,” explains Dr.D Boucoiran.

Some fear that the wait due to the high number of asylum seekers and migrants rushing to the border may lead to delayed treatment of pregnant migrants with HIV. The influx of recent months would prolong the wait to obtain the famous asylum seeker document, which notably gives access to free health care in Canada.

“Normally, this paper is given during the admissibility interview conducted within 24 hours by the Canada Border Services Agency. But currently, the agency is not able to meet the demand and is postponing this interview for several months,” explains Stephan Reichhold, director of the Round Table of Organizations Serving Refugees and Immigrants (TRCI).

In the meantime, asylum seekers are entitled to medical services through the Interim Federal Health Program, but other migrants do not have access to them, including people who entered Canada irregularly without going through a immigration officer.

One thing is certain, many pregnant migrants, regardless of status, deprive themselves of seeing a doctor for fear of having to pay, says the DD Boucoiran. According to the TRCI, the current flood of applications could also affect obtaining the immigration medical examination, during which applicants are tested for HIV.

“We regularly have HIV diagnoses during pregnancy, and there, the risk of transmission is higher,” says Dr.D Boucoiran, who believes that all these women should have access to free health care. “These future children will be Quebecers! There, we treat mothers with troubleshooting solutions, ”she denounces.

Currently, British Columbia is said to be the only province to cover full medical care for all migrants — not just refugee claimants — without or awaiting status.

At the L’Actuel clinic, specializing in the treatment of sexually transmitted infections (STIs), there has also been an upsurge in consultations with migrants, observes the Dr Rejean Thomas. “I have had several cases of HIV recently. We have to fight to get viral load tests. In the end, it is the pharmaceutical companies who agree to pay for their treatments. It does not make sense ! HIV is a public health problem. Because the people who are going to be screened and treated are not going to infect others, ”underlines the Dr Thomas.

Curiously, he says, for non-status migrants, treatment is free for other STIs, such as gonorrhea or syphilis, but not for HIV. “It’s an asymptomatic disease, you really have to do screening to be able to treat these patients. If we let that go, we’re going to have problems. »

Both the DD Boucoiran than the Dr Thomas believes that these migrants, with very heavy trajectories, must be quickly taken care of. “They were sometimes abused,” says the latter. I had a couple the other day, walked in, one of them was positive and the other was not. »

“One of my patients suffered violence during her journey of several months to arrive in Canada. One of his children died en route. These people really need immediate help. However, they live an unacceptable expectation, “says the DD Boucoiran.

The small number of migrant women in this situation should convince the State to pay for all their treatments, believes this specialist. “We are not talking about thousands of women. We see about 50 a year. It would not be a huge cost to protect these women and their children. »

Doctors of the World Canada is one of the organizations that offers free medical services to people without status, but many migrants are unaware of this. “In addition to the language barrier, pregnant women also experience an enormous feeling of guilt and shame for having contracted the virus,” explains a social worker for this organization.

According to the most recent HIV surveillance report in Canada, some 743 of the 1639 new cases of HIV infection in 2020 were reported among new migrants during their immigration medical examination. No less than 254 cases of exposure of the baby to HIV during pregnancy were reported in the country in 2020, an increase compared to the last decade.